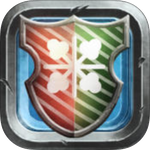 Dominion is Back Online Under New Management
One of the disasters of 2015 was the almost universally panned released of Dominion Online by Making Fun. It was handled poorly enough that shortly after its release, the powers-that-be let us know that the license with Making Fun had been cancelled and that a new developer would be bringing Dominion to digital life come January 1, 2017. Well, that day has come and a new version has arrived on the interwebs.

The new developer is Shuffle iT and they've delivered a browser-only product that doesn't appear to be mobile-friendly (you need to right-click on cards to see their description). Reviews in the Shuffle iT forums are bringing back flashbacks to those halcyon days of Goko. As for dedicated mobile apps, they're apparently in the works.

One complaint of Making Fun's version was the pricing of expansions which were priced similar to cardboard copies of the games. Purchasing individual expansions is no longer an option, with Shuffle iT instead opting for a subscription model. They have a Silver and Gold plan with Silver nabbing you Intrigue, Seaside, Prosperity, Cornucopia, Hinterlands, and Guilds. The Gold plan has all that plus Alchemy, Dark Ages, Adventures, and Empires. The Silver plan runs €25.90/year whereas the Gold plan is €36.85/year. You can buy shorter subscriptions as well (as short as one month) with prices being €.07/day for Silver and €.10/day for Gold.

If you purchased any expansions from Making Fun, you'll get a subscription to those expansions for 2017, but you'll have to start paying for them again in 2018. 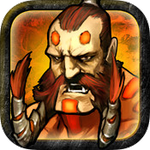 SolForge Says Goodbye
One of the better competitors to Hearthstone: Heroes of Warcraft out on the App Store was Stone Blade Entertainment's lane-based CCG, SolForge. Starting February 1st, that will no longer be the case.

Justin Gary has announced that SolForge is closing shop, with no new content being developed and the servers going offline on January 31, 2017. Yep, that's less than a month from now. Here's his entire post:

Justin Gary wrote:
This is a very difficult announcement for us to make. The journey to create SolForge began more than 5 years ago when I had the privilege of working with Richard Garfield and an incredibly talented team on the initial vision of bringing trading card games properly into the digital age.

Thanks to backing from fans and years of hard work, we launched SolForge in August of 2013, and continued to support and build this amazing community for more than 3 years. Thousands of players have enjoyed millions of games. That is an amazing milestone that few games will ever reach. Our community has always been incredibly warm, welcoming, and one of the best I’ve ever seen in my 20 years in the gaming industry.

Everyone here at Stone Blade is honored to have been a part of this journey. Unfortunately, that journey is coming to an end. As of today, we are ceasing development of new content for the current implementation of SolForge. We will continue to maintain the servers through the end of January 31, 2017. This isn’t the way any of us wanted SolForge to end. Unfortunately, we bit off more than we could chew trying to build a digital game of this scope and have learned many hard lessons along the way that we will apply to future games (including future incarnations of SolForge).

I want to apologize to anyone who is disappointed by this decision and let you know that we poured our hearts, souls, pocketbooks, and years of our lives into the success of SolForge. We remain passionate about the SolForge community and we are not done exploring the world of Solis. We are also speaking with potential partners who may be able to take over the SolForge IP and remain hopeful that SolForge will return one day, better than ever.

Thank you for being a part of this community and for allowing us the opportunity to bring this vision to light. 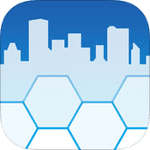 That's about all the update does, but isn't that enough? I think so, and I'm seldom (often) wrong. 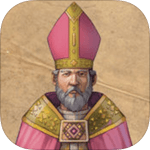 Seriously, however, Avignon looks pretty snazzy. A two-player micro-game that wraps up in 10-20 minutes? Sign me up. Also, popes.

Avignon: A Clash of Popes is available for iOS Universal or Android and only costs $1. It has solo-play vs. AI and multiplayer. The multiplayer appears to be pass-and-play (I haven't purchased it yet, and the iTunes blurb does not mention online play). 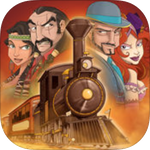 Mysterium and Potion Explosion Expected in January
Right after Thanksgiving, Asmodee unleashed the first of their new digital apps onto the App Store, Colt Express. It was met with less than stellar reviews based on its subpar AI and wonky multiplayer interface. They've updated it several times since its release, but the issues caused them to push their other 2016 releases to 2017. That would be Mysterium and Potion Explosion. When, exactly, in 2017 was a mystery. Turns out we won't have to wait long, as Asmodee is expecting to release both of them before January turns into February.