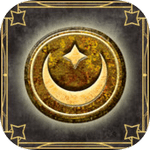 Lords of Waterdeep 64-bit Update, New Platforms Coming Today
Last night we confirmed that the new version of Lords of Waterdeep from Playdek would be arriving for iOS, Android, and PC/Mac later today. I know, earlier, we had discussed it coming on August 23 but, you know, stuff happens.

Lords of Waterdeep for iOS has been converted to 64-bit, avoiding certain death at the hands of iOS 11. It's also coming to new platforms, namely Android and PC/Mac, allowing a lot more people to partake in one of Playdek's best ports.

The new version are pretty much identical to the old version with some cool graphical upgrades like pseudo-3D cities added to the mix. Don't worry, if the pseduo-3D makes you feel a bit dizzy, you can turn it off in settings.

The mobile version of Lords of Waterdeep will sell for $10 and the PC/Mac for $15. All platforms are going to be on sale at launch, however, so you'll be able to pick up the iOS/Android version for only $5 and the Steam version will be 30% off. IAP will also be on sale, so you can pick up Undermountain and Skullport for $3/each. 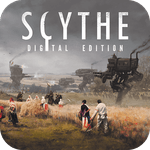 Scythe Will Be Coming to iOS/Android
Our massive Gen Con recap of all the stuff Asmodee Digital has in the works was generally received as good news with one small exception. Earlier reports on the digital version of Scythe indicated that it would be available for iOS/Android as well as PC. At Gen Con, the iOS and Android versions had been omitted from Asmodee's press release, stating that we could expect Scythe on Steam and Steam only.

Why the change? What happened? OMG, I need to go buy a PC!

Turns out the panic wasn't necessary. Last night I confirmed with Asmodee that Scythe is still coming out for iOS and Android, but the PC version will be launched first with mobile versions arriving shortly thereafter.

Deep breaths, everyone. It's all going to be okay.

XCOM: Enemy Within Set to Survive the App-ocalypse
As a huge XCOM fan, I'd pretty much resigned myself to the fact that we'd be losing XCOM: Enemy Within on our iDevices when iOS 11 hit. 2K Games, Inc. had been silent on whether or not it would be updated, so what else were we supposed to think?

Turns out we were wrong again.

Civilization Revolution 2 and XCOM: Enemy Within are not currently compatible with iOS 11 but will be updated soon. https://t.co/pWKgEqPF3P

Almost all of 2K's mobile games are leaving the App Store today, but they've now said that both XCOM and Sid Meier's Civilization Revolution 2 would be returning with a 64-bit facelift. Yay!

If you want to see all the 2K apps and which ones are being sent to the Sleepshop take a look:

2K wrote:
As of August 31, 2017, the following titles will not be available for purchase on the Apple iTunes store. Please note, these titles will no longer be supported and compatibility with future iOS updates is not guaranteed:

The following games will be removed from the Apple iTunes store until they are upgraded to 64 bit at a later date:

The following games will be compatible with iOS 11: