In 2018, Bruno Cathala Brings Giants to Kingdomino, Leviathans to Abyss, and Sweet Dreams to Imaginarium 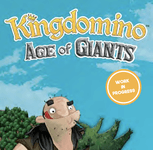 Not the cover!
You will likely see Bruno Cathala's welcoming smile at many conventions and on many videos in 2018 as he once again has a huge number of releases in the pipeline from multiple publishers. It's almost like he's a professional game designer or something. While I don't know the entirety of his release schedule, I can preview six(!) titles coming from Cathala in 2018.

• Let's start with Kingdomino: Age of Giants, which publisher Blue Orange Games dubs the first expansion for the 2017 Spiel des Jahres-winning Kingdomino. No release date is given beyond 2018, but I'm sure we'll find out more details once the early year conventions (Spielwarenmesse, NY Toy Fair) take place. For now, we have this short description:

Quote:
You might fear the giants who will crush your precious buildings, or you could make them move smartly on your opponent's kingdoms.

In Kingdomino: Age of Giants, new royal challenge tiles allow you to score more victory points in many different ways. This expansion also includes a tile dispenser tower as well as a castle and king for a fifth player. 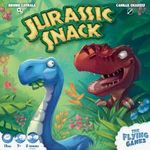 • I've already talked about Micropolis from Matagot, so let's move from tiny to tremendous on the scale of living bodies and present Jurassic Snack, a two-player title from French publisher The Flying Games that smacks of the two-player Cathala titles of old. An overview:

Quote:
Young Diplodocuses (Diplos) are fond of the tasty leaves offered by the neighboring pastures. To win, your Diplo team has to eat more leaves than your opponent's team…unless one of you decides to call the ferocious T. Rex to get rid of all his opponent's Diplos!

To set up Jurassic Snack, create a square at random with the four playing boards, place four Diplos of your color on the matching egg spaces, then shuffle the grass tokens and place them face down on the 28 empty spaces. Two actions are available on a turn: moving a Diplo of your color or moving a T. Rex. The players take turns performing two actions each, which can be the same or different, and which can involve the same Dino or T. Rex, or not.

A Diplo has one single goal: eating grass tokens. It moves in a straight line as many spaces as it wishes until it's blocked by another Diplo, a T. Rex, the edge of the playing area, or a grass token. In this last case, the Diplo takes the grass token to eat it and immediately applies one of the six effects: birth, T. Rex appearance, Diplo move, etc.

The T. Rex has one single goal: scaring the Diplos away. The movement rules for the T. Rex are the same as for the Diplos'. When it meets a Diplo, the T. Rex is placed on the Diplo's space, and the Diplo is placed back into its owner's pool. 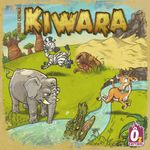 • Speaking of old-school Cathala games, French Swiss publisher Ôz Editions is releasing a new edition of Drôles de Zèbres under the name Kiwara, with the title likely to debut during the fair in Cannes in late February 2018. In the game, players take turns placing animal tokens in six territories on the 6x5 board. Lions eat zebras and chase away gazelles, while elephants stand around taking up space and crocodiles sneak across rivers to change places with gazelles. You can place a token only in the row or column indicated by the opponent. When the game ends, whoever has the most tokens in a territory scores points equal to the value of all animals in that territory, whether yours or the opponent's.

Kiwara includes a double-sided game board that lets you create your own territories before play begins, thereby giving you new spaces in which to fight. The game also now includes ten reinforcement cards to give bonus powers to less experienced players.

• Purple Brain Creations debuted Oliver Twist, co-designed by Cathala and Sébastien Pauchon, at SPIEL '17, but only in a French edition. PBC's Benoît Forget says that he'll have info on distribution of the English-language edition at the start of 2018, with the game likely to be available in the U.S. in mid-2018. For now, you can enjoy this presentation of the game by Cathala and Pauchon in the BGG booth during SPIEL '17:


• In mid-November 2017, Bombyx published this teaser image on Facebook: 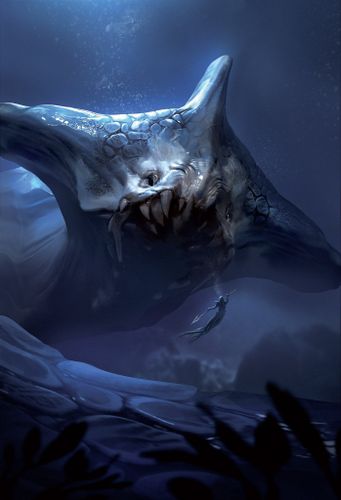 Clearly something new is coming for Abyss, which Cathala co-designed with Charles Chevallier. More searching revealed this in my inbox of all places:

I send myself notes all the time, but many of them end up buried due to the huge number of games I see that could be researched. Thus, I overlooked news of Abyss: Leviathan, which Bombyx says will be released in French in March 2018 and in English sometime during 2018. Here's an overview of what changes in the base game thanks to this expansion:

Quote:
News from the outpost is worrying. The Leviathans, these terrifying sea monsters, are converging towards the border and threatening the Kingdom. Will the Allies and the conscripts, mandated by each of the Guilds, contain them? Exploring is now dangerous: fighting is not easy, and fleeing can be even more dangerous — but the opportunity is unique to prove your worth and use this influence to gain access to the throne.

In Abyss: Leviathan, the threat track is replaced by the border board on which Leviathan cards will be placed. When you explore the depths, if the revealed card is a monster, you can fight a Leviathan on the border. Some new lords and some allies will help you fight, using their power. The player who has killed the greatest number of sea monsters takes the statue and wins 5 extra points at the end of the game — and if you do not fight, you may get injured...
• Finally — for now — we have Imaginarium, a co-design with Florian Sirieix that Bombyx first demoed at the Cannes game fair in Feb. 2017. At that time, I filmed an overview of the game, which then bore the unfortunate title of "Steamers", but the final look of the game wasn't yet in place, a look for which I want to give thanks to Felideus Bubastis:


Holy smokes, this game is gorgeous! And the miniatures!

I'm not a minis guy normally, but these are incredibly detailed and rich with personality. They're like the figure pieces in Eric Solomon's Conspiracy but one thousand times more interesting.

As for the gameplay, you're assembling machines to create dreams, with you needing to pick the right machines to make things happen for you in terms of producing goods, working in harmony with the rest of your factory, and shooting you toward the long-term goals that you're racing against other players to claim. For more detail, here's an updated overview video that we recorded at SPIEL '17: