App News: Castles of Burgundy Heading to Digital and One Deck Dungeon Gets More Content

Digidiced Announces Next Project, The Castles of Burgundy
It's July 4th here in the US which means I have beer to drink and at least 12 more hamburgers to shove into my facehole, so I'm going to keep this post short. That said, the following Tweet from Digidiced UG was big enough that I felt the need to pull my chin out of the potato salad.

With this we can proudly disclose one of our next projects: Ravensburger #CastlesOfBurgundy is coming to the digital realm in 2019! Thank you all for your support and start spreading the word! https://t.co/X1j2qd664L

While we know that Digidiced is currently working on porting Isle of Skye: From Chieftain to King to our touchscreens, it looks like we can count on their next title to be Stefan Feld's The Castles of Burgundy. Not a lot of details yet, but just getting the announcement out there is pretty sweet. 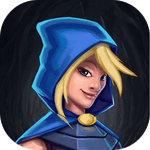 Handelabra Adds Two New DLC to Digital Version of One Deck Dungeon
News about the wonderful One Deck Dungeon from Handelabra Games Inc. and Asmadi Games seems to come almost as often as news from our dark, yet benevolent, overlords, Asmodee. There isn't a week where we don't get some news about new content or fixes or just reminding us how good the game is. I'm okay with that.

Today we got a couple more new DLC to go along with the Pheonix Den, Caliana, and The Fantatic. One of the new DLC is a new hero, The Witch. 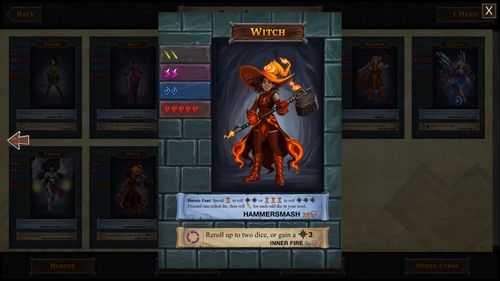 Handelabra wrote:
More anarchic than Mages, and more chaotic than Alchemists, Witches hail from the fiery volcanic city of Inanidec. Their strongest magic users earn the full title of Witch only after completing a deadly ritual known as "The Burning". Syvir left Inanidec after completing her ascension and is ready to put her red-hot skills to the test. Her tactical balance makes her a jack of all trades, having studied equally in hand-to-hand combat and high level magic.

She seeks power and knowledge from the vaults of The Guild, although her reasoning is unknown. Flagged in The Council's files for a lack of empathy, Syvir does whatever is necessary to win, especially if it means striking an enemy when they're already down. Her teamwork leaves much to be desired; she'll mock her own partners for any show of weakness.
The other DLC is a new dungeon called Cinder Plains:

Handelabra wrote:
You're thirsty. So thirsty. Why did you come here? So thirsty... You open a potion bottle to drink it, but it evaporates before your eyes. You must press on, despite the flames. You tread carefully, but somehow your clothes are burning. The terrible Hellhound awaits, eager to consume your very heroism with its fiery maw. Best of luck, adventurer... 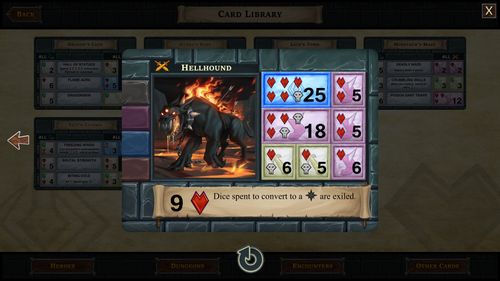 The Cinder Plains are a very hard dungeon with The Hellhound waiting for you on the 4th floor. Good luck!

Both new DLC are available right now for all platforms and come in at $1/each.