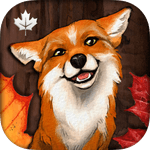 Indian Summer Released (last week) by Digidiced
Due to some scheduling craziness and travel, we missed the release of Indian Summer from Digidiced UG which happened late last week. It doesn't help that I know nothing about the physical version of this game, so let's blurb it out:

Digidiced wrote:
Before winter makes its appearance, a particularly warm fall bathes the forest in a golden shimmer. During the Indian Summer, New England blossoms one last time. Treetops are ablaze with countless colors — a living rainbow, from green to orange to red. Slowly the first leaves are starting to fall. Meanwhile, our steps and the diligent squirrels rustle the colorful foliage.
On our walks through the woods, we discover all kinds of little treasures; we collect berries, nuts, mushrooms and feathers. We pause for a moment to watch the shy inhabitants of the forest before we set off towards home once again. There, a good book and a hot tea are already awaiting.

Features:
• 1 to 4 players
• Play in single-player with challenging computer opponents, against your friends in local multiplayer, or face players from all over the world in online mode!
• Learn the rules with our Interactive tutorial or even watch games of the top players on your device!
• Take your time in asynchronous game mode with push notifications and never miss a turn.
• Family friendly – non violent theme
• Easy interactive tutorial to learn the game from scratch
• Analyze your best games or learn tricks from the best with playback
• 3 different computer opponents
• uses the newest rules of the board game
Sorry for the late notice on this one! If you already picked it up, congrats. For the rest of us, links below: 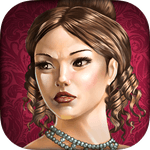 Love Letter Arrives on Mobile
Not to be outdone by Digidiced, Asmodee Digital made some noise of their own when they released Love Letter this morning. Yep, that Love Letter. It was developed by Nomad Games Ltd (II) of Talisman fame and is now available for iOS, Android, and PC.

I'd love to tell you that it's fantastic and you should run out and buy it, but, instead, I have to tell you that I can't play it. I have an iPhone XS Max and it immediately crashes upon starting. This morning I didn't even make it to the splash screen, but they released a Day 1 patch that I hoped would fix it. It didn't. Well, I now make it to the splash screen, but then it crashes back to my home page. Curious to know if it's working out there for anyone?

Asmodee Digital wrote:
DRAW, PLAY AND BLUFF, FOR ONLY ONE SUITOR WILL BE ABLE TO WIN THE HEART OF THE PRINCESS

You and other suitors are prepared to do anything to get your love letter to the princess. She's shut herself inside her palace, so you're forced to use go-betweens to deliver the message. Guards, princes, the king, the countess... Who will turn out to be the best ally to help win your beloved's heart?

You only ever have two cards in your hand. Draw and play your cards to get closer to the princess. Everyone staying in the castle could aid you in their own way: guards and princes can help discredit letters from other suitors, priests will give you precious information about your rivals while the handmaiden will protect your letter at any cost!

As the game progresses, you'll have to think strategically, bluff and try to read your opponents' game. When the deck is used up, the card in your hand will be the character holding your letter for the princess. The strongest card, i.e. the character who's closest to the princess, wins!
Send the other suitors packing, gain the advantage and win the game. Let's get started!

Features:
• Simple rules and quick turns in this game adapted from the multi-award winning card game Love Letter
• 1 to 4 players
• Play in single-player mode against the computer, against your friends in local multiplayer or face suitors from all over the world in online mode
• 16 cards representing 8 types of characters found at the Court: Guards, Priests, Barons, Handmaidens, Princes, King, Countess and of course the Princess
Pick it up at the links below: