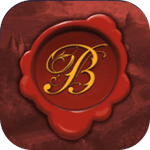 Digidiced releasing Castles of Burgundy this week
It's only February and yet we've already received two fantastic board game ports. The first came out a couple weeks ago, Evolution (2019), which the latest is due this Thursday. It's our friends at Digidiced UG this time and the game in question is Stefan Feld's The Castles of Burgundy.

First of all, the blurb:

• 1 to 4 players
• Play in single-player with challenging computer opponents, against your friends in local multiplayer, or face players from all over the world in online mode!
• Learn the rules with our Interactive tutorial or even watch games of the top players on your device!
• Take your time in asynchronous game mode with push notifications and never miss a turn.
• Family friendly – non violent theme
• Easy interactive tutorial to learn the game from scratch
• Analyze your best games or learn tricks from the best with playback
• 3 different computer opponents
• uses the newest rules of the board game
So, it's got everything we expect in a top notch Digidiced port. I've been lucky enough to play around with it a bit early and I don't think any fans (or soon-to-be fans) will be disappointed. The presentation is fantastic, the tutorial is extensive, and asynchronous play with CoB should be a perfect fit.

It's arriving for iOS, Android, and PC/Mac/Linux via Steam on Thursday, February 28. We don't have a price point, yet, but we'll have a release post when it hits so you don't have to search too hard for the links on your lonesome.