New Game Round-up: Blood Feuds in Vampire: The Masquerade, and a Battle for Survival in Final Girl 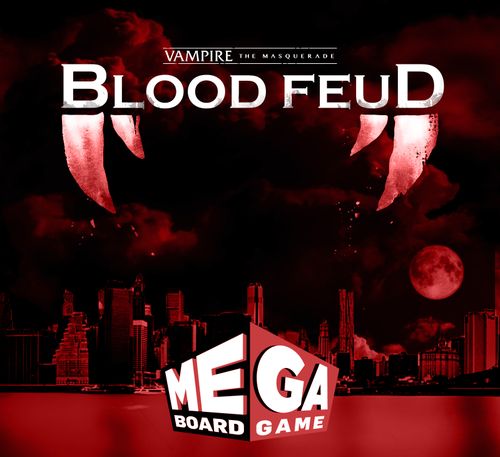 • U.S. publisher Everything Epic Games has announced the October 2019 release of what it dubs the first "Mega Board Game". The game in question is Vampire: The Masquerade – Blood Feud — yes, yet another game based on V:TM! — and this Benjamin Kanelos design is for 4-32 players with a playing time of 2-3 hours, with both of those quantities sounding fairly "mega" on their own before you even find out what's going on in the game:

Quote:
Vampire: The Masquerade – Blood Feud is a highly thematic, team-based, strategic game that plays 4-32 players and is run by 1-2 storytellers who also interact and play. You may play as one of the warring vampire clans such as Ventrue, Tremere, Gangrel, or Toreador, or perhaps you'll chaoose to become one of the human factions fighting for their own desires, such as City Hall, the Mafia, or the Arcanum, with many more from which to choose.

Additionally, the game integrates the story world of Vampire: The Masquerade by adding storyteller scenarios that add an optional narrative approach to the game. Players also gain disciplines, which give them powerful supernatural abilities unique to their character. Lastly, teams will choose their ambitions, which allow for multiple paths to victory, such as being bloodthirsty, manipulative, greedy, or somewhere in between.

Blood Feud is dubbed a "Mega Board Game" because unlike a traditional board game, it isn't played at a single table. Blood Feud requires a large room or two separate rooms with 2-4 tables. One game table features the Cityscape and Orders, the map where players move their forces around the city and order them to fight and take control of important territories. The other game table features the Council and Market, where players use their best diplomatic and resource management skills to make sly trades, buy upgrades and player level-ups, and make large political decisions that will shape the destinies of teams to determine whether they win or lose! In order to win the game, teams earn victory points through the completion of legacies, which are secret objectives that can consist of all sorts of tasks and achievements earned through gameplay.

• Van Ryder Games has had a lot of success with the one-player game Hostage Negotiator since its debut in 2015, and now designer A. J. Porfirio is upping the challenge further with Hostage Negotiator: Career, a campaign setting that requires the base game, the Crime Wave standalone expansion, and multiple Abductor Packs. Here's what you can expect:

Quote:
In this culmination of the Hostage Negotiator series, you will play ten years in the life of a negotiator — that is, if you don't retire in shame sooner. In each "year" or campaign round of the game, you will resolve a career card that presents you with some narrative event that relates to or could impact your career based on the choice you make. Then, in most but not all years, you will be called to the scene of the latest hostage situation. Now, the result of each negotiation will impact the overall campaign and you'll be tracking your career stress, your personal stress, your merit level (for promotions), and your rank, among other things.

After the negotiation, you resolve a personal card and are once again faced with a narrative event to resolve and, based on the result of your negotiation in that "year", will be rewarded (or reprimanded) accordingly.
Hostage Negotiator: Career will hit Kickstarter on April 30, 2019 along with — how convenient is this? — two new Abductor Packs to bring the total number of such packs available to ten, one for each year of your career. 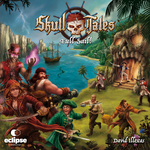 • What's more, Porfirio is partnering with Evan Derrick — designer of the forthcoming Detective: City of Angels, which is due out mid-2019 from Van Ryder — for a new solitaire game. Here's a first look at Final Girl, which will make its way onto Kickstarter in Q3 2019:

Quote:
Playing on a famous horror movie trope, Final Girl is a solitaire-only game that puts the player in the shoes of a female protagonist who must kill the slasher if she wants to survive.

In game terms, Final Girl shares similarities with Hostage Negotiator, but with some key differences that change it up, including a game board to track locations and character movement. You can choose from multiple characters when picking someone to play and multiple killers when picking someone to play against. Killers and locations each have their own specific terror cards that will be shuffled together to create a unique experience with various combinations of scenarios for you to play!
• Finally, starting in mid-2019, Van Ryder Games will have copies of the semi-co-operative game Skull Tales: Full Sail! from designer David Illescas and publisher Eclipse Editorial, as well as the game's expansion, for sale at conventions. Interesting to see limited distribution deals like these come about, and limited distribution is almost always better than no distribution at all!