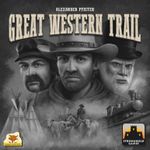 The Indiana Intellectual Property Blog serves as a marketing vehicle for intellectual property and business attorney Kenan Farrell of KLF Legal — no, not that KLF — and he notes on the blog's "About" page that it's "intended to educate, entertain and enlighten readers on Intellectual Property law, news and events, particularly focusing on stories that directly affect Indiana".

Turns out that one of those stories might be of interest to you, fellow BGG user. On April 18, 2019, Farrell wrote about a lawsuit filed by Indie Game Studios, LLC d/b/a Stronghold Games LLC against Plan B Games, Inc. and Plan B Games Europe GMBH on April 15, 2019 in which Stronghold "seeks monetary relief for Defendants' acts of trademark infringement and unfair competition under the federal Lanham Act, trademark infringement and unfair competition under Indiana common law, and common law conspiracy". Here is Farrell's initial summary of the lawsuit:

Quote:
The Complaint (below) [Ed. note: Viewable on Scribd here] references a contract by which the plaintiff, Stronghold Games, would exclusively publish a board game called "Great Western Trail" from August 3, 2016 to December 31, 2018. At that time, the game was owned by a German company called eggertspiele. The Complaint alleges that one of the obligations eggertspiele agreed to in the contract was it "will not during the term grant to any other person, firm or company any rights that would derogate from the grant made" in its contract with Stronghold Games.

Stronghold first released Great Western Trail in the U.S. in November 2016. It was very popular and quick sold out. However, while seeking permission for a second print run of the game in June 2017, Stronghold learned that all assets of eggertspiele had been purchased by Plan B Games, the defendant.

Plan B Games asserted that it had no contract with Stronghold and it did not grant reprint rights to Stronghold. Subsequently, in January 2018, Plan B Games released its own version of Great Western Trail, seemingly identical but removing Stronghold's logo from the packaging.
Farrell included this image in his post, with this image coming from Indie Game Studios' complaint: 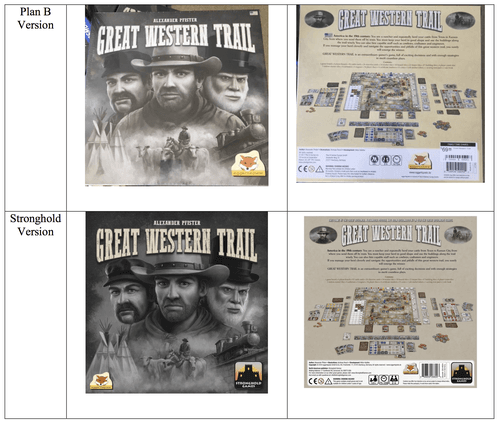 Farrell might not realize (or perhaps simply didn't state) that this similarity of imagery and layout is often common in licensed games. 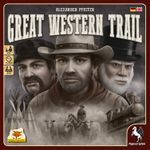 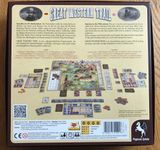 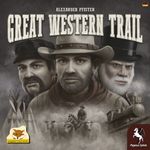 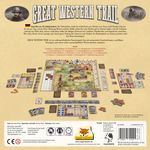 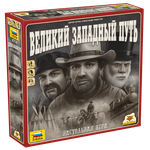 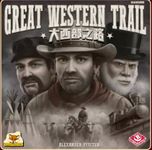 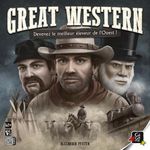 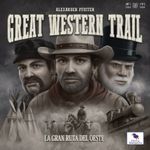 Other editions of GWT w/ 2D covers not available for all, alas

To continue with Farrell's remarks:

Unfortunately, while the Complaint references the initial contract between Stronghold and eggertspiele granting publication rights, it didn't include a copy of the contract for review. Although the contract apparently included language about minimum duration and exclusivity, it's unclear whether the contract granted any property interest in the Great Western Trail trademark to Stronghold.

As general information, license agreements can give licensees standing to sue for infringement, provided that they grant an exclusive license and a property interest in the trademark. A trademark licensee's proper use of a mark benefits the trademark owner, not the licensee. This allows trademark owners to rely on use by controlled licensees to prove continuing use of a trademark. Section 5 of the Lanham Act explicitly recognises the acquisition of trademark rights by a licensor through first use of the mark by a controlled licensee.

However, in this situation, Stronghold appears to assert its own claim to property rights in the GREAT WESTERN TRAIL trademark distinct from the licensor, based on its own exclusive marketing efforts in the United States.

I look forward to reading the Answer, which hopefully will include the original contract. Stay tuned for updates.
The complaint states that the United States District Court for the Southern District of Indiana has jurisdiction for this matter "because the amount in controversy exceeds $75,000 and this civil action is between citizens of a State and citizens or subjects of a foreign state", while adding that the court has jurisdiction over the defendants "because they purposely directed the activities at issue in this case towards this District, as evidenced at least by their presence and activities at the 2018 GenCon [sic] convention that occurred in this District and the offending sales that occurred in this District".