App News: Shards of Infinity arrives for mobile/PC and Morels gets an expansion 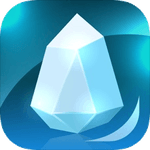 Shards of Infinity Releases
If you're a fan of deck builders built in the mold of Ascension: Deckbuilding Game, then do we have a game for you. It's called Shards of Infinity and it just happens to be the brainchild of Stone Blade Entertainment (who also brought us Ascension).

Released yesterday for iOS, Android, and PC, Shards takes the Ascension model and mixes it up a bit. You're no longer on a VP hunt, instead the goal here is to destroy your opponent and bring them to zero hit points. Or, you can win by raising your Mastery (another currency you can manipulate via card play) and instantly dissolve them into a pool of steaming liquid.

There are a bunch of cool little strategic quirks in the game, but at its core it's just a fun, fast deck-builder that offers up more than the usual "I'll just buy the most expensive card I can afford" blues.

Also in its favor, the developer is Temple Gates Games LLC which you might remember from their near-perfect port of Race for the Galaxy. This one matches RftG's polish and shine and is another reason to really get excited about whatever Temple Gates has in the works (which, currently is a digital version of Roll for the Galaxy).

You can pick it up now for iOS, Android, or PC via Steam and you'll find it $8 on all platforms. 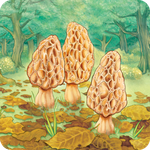 Morels gets new expansion: Foray!
One of the surprise digital releases late last year was a little set collection game about mushrooms called Morels. We dug it, but eventually it felt like we'd seen just about everything Morels had to show us.

Now, they could have expanded the game simply by adding new mushroom types or additions to your tasty mushroom meals, but instead the Foray expansion goes nuts with content. It adds weather, characters, items, and more.

Last fall, crackling fires wreathed the mountains. This spring, light-wielding thunderstorms roiled the valleys. Now, with summer come early and a glowing moon overhead, the soil is moist and black and delicious mushrooms are peeking up all over the forest. The Foray is on!

One thing the physical expansion added was the ability to play with more than two players. The digital version doesn't do that--it's still only a 2-player experience. No word from Mossbark on whether we'll see a multiplayer addition down the road, but I assume it would take a reworking of the entire app, so my hopes aren't high.

Anyway, if you're a fan of Morels, picking this up is a no-brainer. If you haven't tried Morels but love set collection, then what are you waiting for?