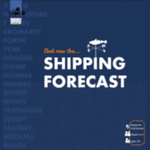 • Designer Mike Selinker and publisher Scott Gaeta of Renegade Game Studios have written about the potential tariffs that the U.S. government might impose on goods coming from China, a change in economic policy that could have a huge impact on the game industry. An excerpt from Selinker's article in Polygon:
Quote:
When a company has to consider the cost of making its games, it adds all of that printing and shipping together. Then they typically multiply that price by roughly five, and that ends up being the price the consumer pays. That's because in distribution and retail, the publisher only gets about 40 percent of the retail cost. If printing and shipping their game takes 20 percent of retail, the creator of the game has to live on that 20 percent that's left from the 40 percent they receive from a distributor. It's a brutal business with the thinnest of margins.

Tariffs get imposed on the "first sale" price — that is, at the point of import, before the publisher gets the goods. So if printing and shipping what was once an $80 game takes $16, then an additional 25 percent adds $4 to the cost. Multiply that new number of $20 times five and now to the publisher it's a $100 game.
And an excerpt from the article on Gaeta's personal blog explaining why as a preventative measure Renegade is cutting titles from its publication schedule:
Quote:
Making hard decisions like cutting games we love isn't fun but making a business decision that assures we are a healthy company is what separates the publishing hobbyist from the professionals in this industry. It's easy to let your passion for a game cloud your judgement but even without tariffs you should not be producing games that don't make good business sense. It sounds harsh but your long-term viability depends on it. We all love what we do and want to make things we love but you can't have it both ways for long if you continue to make products that don't make sense from a business point of view. Check your P&L's (you do create P&L's for every product, right?) and be honest with yourself.
However, as of Tuesday, July 2, 2019, those tariffs are on hold according to The Wall Street Journal, with the non-paywalled Gizmodo relaying this info as follows: "The Trump administration has halted its plans to impose additional tariffs on $300 billion 'List 4' goods, which would have included a 25 percent tariff on select tabletop games and accessories, toys, and video game consoles. The tariffs were designed to escalate Trump's ongoing trade war with China (of his own making), but following his meeting with Chinese President Xi Jinping over the weekend, he decided to postpone."

Even so, I think these two articles give an interesting window into game production, so here they are just the same. 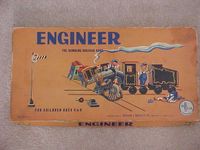 • In February 2019, Make magazine ran an article by Elan Lee about the making of the Exploding Kittens vending machine that has become a fixture at conventions such as Gen Con, PAX Unplugged, and the upcoming San Diego Comic-Con. I've mentioned this in passing previously, but to repeat myself: The Exploding Kittens vending machine is a work of genius and something that game publishers should look to for inspiration regarding their own convention booths. An excerpt:
Quote:
The first year we went to Comic-Con in 2016, we did what we were supposed to. Our booth looked just like everyone else's, and we got buried beneath a torrent of other peoples' plastic toys, cookie cutter games, and utterly forgettable booths. We accomplished nothing. By the time we started prepping for year two, we knew we had to come up with something better.

We started deconstructing the notion of a "booth".

Q: What does a transaction look like?
A: Give money, get product.

Q: How long is each interaction?
A: 20 seconds.

And another:
Quote:
We had to learn a lot in a very short amount of time. We learned that balloon animals were a huge crowd favorite, and so we had to frantically watch YouTube videos backstage to learn how to make them. We learned that in many states you have to be a registered grocer to have produce delivered to a convention hall, so Exploding Kittens is now a registered grocer in 14 states. We learned that we could interact with the audience on a personal level, like when we spotted someone dressed as Daenerys Targaryen (the Mother of Dragons from Game of Thrones) in line, we bedazzled an entire watermelon so that when she got to the front of the line, we could instantly deliver a dragon egg and blow up her brain.

We worked so hard to play with the crowd, and they played right back.

They wrote love notes to the machine, and one person actually proposed marriage (for which she received a massive bouquet of 50 red roses). People shared their stories all over the convention floor, in the hallways, and on social media. It was one of the biggest hits at every convention we brought it to.
• Designer James Hudson has launched a new video series on the GammaRay YouTube channel called "Starting Roll", with his first guests being Rodney Smith, Suzanne Sheldon, and Ivan Van Norman: