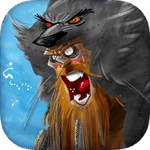 Dire Wolf wrote:
It's Raiding Season! Plunder your way to Viking adventure in the digital adaptation of the award-winning worker-placement board game!

In Raiders of the North Sea, players assemble a crew and outfit a longboat to raid settlements for gold and fame. Impress your Chieftain in glorious battle and win your place among the legends of the North Sea!

Assemble a crew and outfit a longboat to raid settlements for gold and fame! Impress your Chieftain in glorious battle and win your place among the legends of the North Sea in this digital adaptation of the award-winning board game!

The Official Digital Adaptation of the Award-Winning Board Game!

Plunder your way to adventure as Raiders of the North Sea brings the strategy and fun of the hit tabletop game to digital life!

Deep Worker Placement Strategy!
-Each turn you'll harvest resources twice: first by placing one worker, and then by recovering a different one!
-Use your resources to hire a Viking crew and outfit your longboat!
-Send your crew on daring raids to win gold and glory!
-Survive battles with the legendary Valkyrie...or honor your Chieftain in a glorious death!
-Amass Plunder and make sacrificial Offerings to win!

Many Ways to Raid!
-Turn-Based Strategy lets you play at your own pace!
-Learn the Oars in a full tutorial that teaches you the strategy of the game!
-Lead Your People in single-player games against AI opponents!
-Rise to Greatness in multiplayer battles!
The game has cross-platform asynchronous play as well as AI for solo play. It's available right now for iOS Universal, Android, PC/Mac, and Switch at the links below: 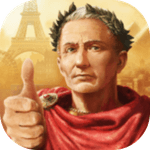 CGE Announces Launch of New Leaders & Wonders Expansion
Still one of the best (actually, it's THE best) board game ports on mobile, Through the Ages, it's about to get a whole lot better. The long-awaited Through the Ages: New Leaders and Wonders expansion is coming soon, and it's coming to expand both your digital and cardboard copy.

Unsurprisingly, the new expansion adds new leaders and wonder cards to the game, but that's not all. There are also new military cards as well as challenges and achievements to hunt down. 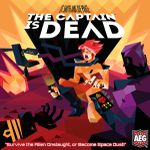 The Captain is Dead! Coming to Digital
Thunderbox Entertainment hit the digital board game floor running when they released the beautiful and feature-filled Tsuro back in 2016. They followed that up with Roll For It!, but have otherwise been silent. Now we know why. They've been hard at work on a secret project that they just spilled the beans: a digital version of The Captain Is Dead.

thunderbox wrote:
Those of you living on the outer rim of the cosmos might be unfamiliar with the original board game, which is like the last 10 minutes of your favourite sci-fi TV show... except that things have gone disastrously wrong, and (spoiler alert) The Captain is Dead.

Created in collaboration with table-top maestros, Alderac Entertainment Group and The Game Crafter, LLC, the videogame will deliver
all the fun of the original, cardboard experience. Players will take charge of the ship’s stalwart crew, as they battle an unrelenting alien nemesis, intent on eating what little brains they have, and destroying
their beloved ship. You’ll need to keep a cool head and utilise each crew member’s particular set of skills to repel boarders, keep the ship operational, and survive long enough to fix the Jump Core so you can
escape to safety!

Players can expect all the tightly balanced, nail-biting strategy of the boxed game, with the immersion and flow of a fully realized virtual world. The original game’s totally unique aesthetic has been painstakingly recreated in full 3D, and you’ll feel as if you’ve been teleported right on to the board.
The digital version is coming to PC in 2020, but you can head to their page to signup for beta access as well as more info. No word on a mobile release at all, but we'll bug Thunderbox and see if we can get a definite yes or no on that.

- Thunderbox Entertainment's page for The Captain is Dead! 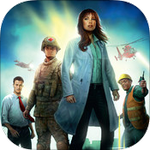 Pandemic Infects Xbox and Switch Today
Everyone's favorite co-op, Pandemic: The Board Game, is back in the spotlight. No, not for long-overdue expansion content, silly! No, the latest news for Pandemic involves Asmodee Digital bringing this gem to whole new audiences via two new platforms. Today you can play Pandemic on the couch with your family on both Xbox and Switch!

Asmodee wrote:
The digital experience stays true to the core identity of the couch cooperative turn-based strategy game. Developed by Z-Man Games, Pandemic is a mainstream cooperative game that can be enjoyed by a wide audience, even during short game sessions, while rewarding the best decision-makers.

Acting as disease-fighting specialists, players engage in a race against time to contain four epidemics threatening to wipe out different regions on the globe. Players can choose one of the seven specialist roles: contingency planner, dispatcher, medic, scientist, researcher, operations expert, or quarantine specialist. Each role features unique abilities that players will need to combine as efficiently as possible in order to overcome the 5 difficulty levels.

Pandemic differs from a lot of games as it rewards cooperation rather than competition. Players must join their efforts, using their complementary skill sets, in order to discover the cures before it’s too late for mankind.

The game can be experienced as a single player, by managing multiple characters, or with friends, using local cooperative multiplayer. The latter allows up to 5 players to play together using the couch cooperative mode for both Xbox One and Nintendo Switch™.

In late September, players will be able to activate a free DLC on Xbox One and Nintendo Switch™:
-On the Brink - Virulent Strain will spread a new kind of virus into the world.
-On the Brink - Roles & Events will offer players new roles add new events to help save mankind.
Pandemic is available right now for Xbox and Switch as well as it's old hangouts on iOS, Android, and Steam. Links below:

Lord of the Rings LCG Gets New Release Date
If you read our last story about The Lord of the Rings Living Card Game you might have expected it to be launching next week. Due to reasons far too complicated to explain here [in other words, they didn't tell Dave -ed.], the game will now be releasing a few weeks later. On August 29 to be precise.

Asmodee wrote:
The first adventure card game set in the quintessential fantasy world of J.R.R.Tolkien, The Lord of the Rings: Adventure Card Game offers solo and cooperative adventures based on card battles. The game combines a strong immersive narrative experience with in-depth strategic challenges that will put players’ tactics to the test.


Thanks to the feedback provided by players during its Early Access phase, The Lord of the Rings: Adventure Card Game will feature a finely tuned UI, tutorial, as well as refined gameplay mechanics. Staying true to the J.R.R. Tolkien universe and inspired by the physical card game, Asmodee Digital will welcome players to live the most immersive, yet challenging, adventures in Middle-earth.
There is a new adventure available for those of us who jumped on the Early Access bangwagon:

Asmodee wrote:
Encounter 3: Gundabad Awoken is available for free today for all current Early Access players. They will face hordes of goblins while also dealing with Sauron’s new abilities. New Shadow, Treachery and Event cards can be used by Sauron against players’ fellowships. In the hills and mountains near Gundabad, challenge-seeking players will live a new experience putting their fellowships to the test.
On August 29th, you can find LOTR: Adventure Card Game on Xbox, PS4, PC, and Switch.

Axis & Allies 1942 Storms Steam's Beaches
You might have heard of developer Beamdog from their rebooting of the old Infinity Engine games like Baldur's Gate: Enhanced Edition and Icewind Dale: Enhanced Edition. Looks like they're getting into the board game world as they just put a version of venerable Axis & Allies: 1942 onto Steam Early Access.

Beamdog wrote:
German tanks mobilize in the west, blitzing into France and pushing back the Soviet Union in eastern Europe. The United States rises in response to Japanese aggression in the Pacific. The United Kingdom rallies allies as bombers menace the skies. The year is 1942, and the world is at war!

Axis & Allies 1942 Online is an official adaptation of the beloved strategic board game, Axis & Allies, and includes the 1942 Second Edition game board and rules.

Axis & Allies 1942 Online accommodates 1-5 players, each controlling one or more of the Axis or Allied powers in Online Multiplayer, Hot Seat, or Single Player mode against the computer AI. Players command both their country’s military forces and its war-time economy.

Victory goes to the side that conquers its opponents on the field of battle and occupies the greatest cities of the world. Will the Axis continue to spread across the globe unchecked, or will the Allies rally to push back against imperialistic tyranny? Challenge your friends and change the course of history!

Many ways to play!
-Hotseat play for 2 to 5 players
-Online multiplayer allows you play with allies and enemies across the world
-Challenge yourself against AI

Features
-The complete Axis & Allies 1942 Second Edition experience
-Play online with your friends
-Optional computer AI players
-Learn to play with introductory tutorials
-Asynchronous gameplay with custom defense profiles
-Selectable victory conditions
-Keep informed with the action log and war diary
-Over 20 minutes of all-new period appropriate music
If you want to check out this beta version of the game, follow the link to the Steam version below: