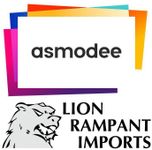 On August 7, 2019, Asmodee closed a deal to acquire Canadian distributor Lion Rampant Imports, which was founded in 1992 by Rose Kriedemann and Ross Fleming. (Aside from being a distributor, Lion Rampant Imports served as a publisher of sorts for multiple titles from Schmidt Spiele and Zoch Verlag, putting those titles onto the North American market exclusively through LRI with those versions of the games bearing the LRI brand.)

Here's an excerpt of an August 9, 2019 press release announcing the deal on Asmodee's website:

Quote:
Lion Rampant's diversified catalog is composed of a full range of hobby, family board, educational and strategy games as well as supplies and miniatures. The company has a strong coverage in Canadian English-speaking territories which will enable Asmodee to consolidate its undisputed leadership in this market.

"We are thrilled to establish a deeper partnership with Lion Rampant and strengthen our position in Canada and in the US. Lion Rampant and Asmodee had been working together for more than 10 years and this step will allow us to provide our clients with an exhaustive and customized range of products to fulfill any needs." said Stéphane Carville CEO of Asmodee Group.

"We are proud to join the Asmodee Group, this will enable Lion Rampant to embark on the next leg of its existence and continue to prosper and consolidate its position as a true retailer partner" said Ross Fleming, CEO of Lion Rampant. 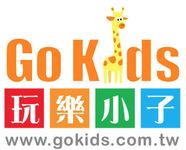 • On August 7, 2019, Asmodee also announced the acquisition of Kids Power International, a Taiwanese distributor that releases games under the brand GoKids. I first wrote about this deal in November 2018 when Asmodee had already "entered exclusive discussions" to acquire Kids Power International. Now the deal is complete, with Asmodee announcing it as follows:

Quote:
Established in 2010, GoKids is one of Taiwan's leading board game companies. GoKids publishes and distributes board games in the fast growing Taiwanese and Hongkongese markets. Its partnership with Asmodee started in 2011.

"Our vision of getting people together through a fantastic entertainment experience will be strengthened as we become part of Asmodee. The passion for telling incredible stories is mutual. We are very happy and proud to join such a great and experienced team" said George Tsai, CEO of GoKids.

The acquisition of GoKids allows Asmodee Group to strengthen its product line and consolidate its leading position in Greater China. It is also a stepping stone in the Group's international development in Asia.

"After 7 years of successful partnership with Gokids, I believe this acquisition will accelerate our presence in Greater China, particularly in the family and education segments." said Frederic Nugeron, Regional Manager Greater China of Asmodee Group.

"We're delighted to welcome GoKids to the Asmodee Group," said Stephane Carville, President of Asmodee Group. "With their great game portfolio and impressive experience on local distribution, we are strengthening our presence and development on Asian market."

Quote:
Founded in 2014, Skyship started its activities from the beginning with Asmodee Iberica and pursued its collaboration with the Group in 2016 through a new partnership with Fantasy Flight Games. Since then, the distributor has kept on rising in the Chilean market and chose to strengthen its link with the Group.

"We are very happy that Skyship is now part of Asmodee. The experience and global capacity of Asmodee, with our regional knowledge, will quickly generate a positive impact on the gaming market in Chile and Latin America. People want to have fun, dream and tell stories through board games; and this union is a great step so that each time, there is more fun for everyone." said Juan Luis Arias, Skyship Manager.

Asmodee has recently step a foot in the South American Market with the acquisition of the Brazilian distributor Galápagos Jogos, displaying its willingness to strengthen its international presence. Asmodee has offices in 16 countries: USA, Canada, France, UK, Germany, Norway, Finland, Sweden, Denmark, Netherlands, Spain, Italy, Belgium, Brazil, Taiwan and China. The company also relies on 13 publishing studios spread around the world and distributes products in over 50 countries.

"We are delighted to welcome Skyship into the Asmodee family. We fully trust Skyship team to increase our catalogue presence on the Chilean market and to bring our South American platform to a new level." said Stéphane Carville CEO of Asmodee Group.

• I covered Asmodee's acquisition of Galápagos Jogos in August 2018. You might note that reference to "13 publishing studios" in the press release above, while in a a January 2019 post that number was "14 publishing studios". HeidelBÄR Games left Asmodee in April 2019, which is why that number is lower now, but easy come easy go. Besides, Asmodee can always pick up something else to make up the difference, which brings us to this final acquisition notice (for now), which also dates to August 7, 2019:

Quote:
Established in 2004, Searainbow Group started in China as Forever Bright, a producer of innovative educational toys and related specialty items. The company also distributes toys and games to the Asian markets through its subsidiary Wisdom Warehouse. In 2015, Searainbow acquired one of the UK's market leaders in educational games, The Green Board Game Company. In 2018, the acquisition of Lagoon made Searainbow Group a strong publisher of games and puzzles for gift for UK gift shops.

"We are delighted to be joining Asmodee. The resources of a larger group will provide exciting development opportunities, including entrance to more markets and the ability to offer customers a broader and better range of products" said Jessie Min, Searainbow Group founder.

The acquisitions of The Green Board Game Company and Lagoon allows Asmodee Group to offer a wider product range, as well as strengthen its educational games publishing and distribution on the European market. The Forever Bright and Wisdom Warehouse acquisitions will also bolster Asmodee's development in Asia.

"As a group, we are eager to offer the best games and tell amazing stories to both children and adults," said Stephane Carville, President of Asmodee Group. "The great pedigree of educational games in Searainbow's portfolio will enable us to strengthen our offer with additional transgenerational ranges in both Europe and Asia. We are delighted to welcome Searainbow in the Group."

"With Searainbow's strong games portfolio and successful distribution experience, we will strengthen our presence in Asia, particularly in the children and educational market." said Frederic Nugeron, Regional Manager Greater China of Asmodee Group. "Searainbow's success in the online space and the combination of our operations will be a great asset for Asmodee in Asia."