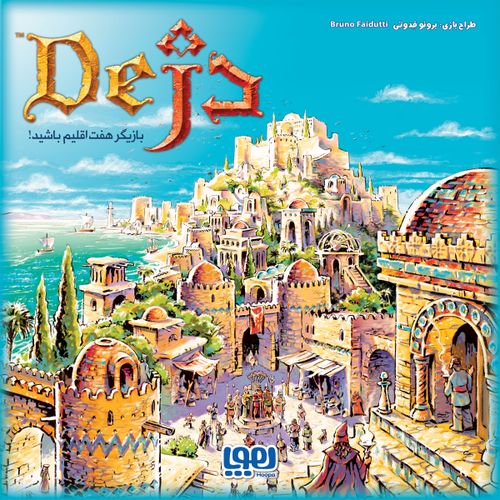 • In July 2019, designer Bruno Faidutti visited Tehran, Iran for a week on invitation from Houpaa, which had released a Persian version of his game Citadels in 2018. He wrote about the experience on his blog, dipping into politics, but mainly writing about the boardgaming scene in Iran. A lightly edited excerpt:
Quote:
Due to the recent fall of the Iranian rial, imported games are unaffordable for anyone except the big city bourgeoisie; in one shop I found a copy of Scythe at a price of two-thirds of the average monthly wages. There are, however, a few games by Iranian designers and several localizations of western games. These Persian language versions are sometimes unauthorized copies, but this is less and less the case. Just as it happened before in a few other emerging countries, Iranian publishers are more and more trying to do things legally and to enter the global boardgaming world. Of course, U.S. publishers, who are forbidden to license their games in Iran, might keep getting copied a bit longer.

Aside from abstract two-player games, like the Gigamic line that can be found everywhere, bluffing and hidden identity games are clearly the most popular. Dej, the perfectly legal and authorized Persian version of my Citadels has quickly sold a first 8,000-copy print run, and a second print run of 5,000 copies just hit the shelves. I know many western publishers who would be happy with such numbers.
And another:
Quote:
On Saturday, I held a game design workshop with two dozen young Iranian designers. They are talented, passionate, and eager to learn some tricks from a seasoned game designer. I had already held similar workshops in Europe, and it was in no way different.

Their dream is to get a game published in the west, and some of them are considering a trip to Essen. In order to be noticed by European publishers, I suggested they play the exotic card and I told them to start from a typically Persian theme. I suggested cats, which I suspect are the true masters of Tehran, and was expecting carpets, since I had already been shown a Persian carpets prototype. I got two games about Taarof, the Persian politeness rules, which seem to be as sophisticated as the Japanese ones. The most exciting project, ambitious but unfinished at the end of the day, was one about Qanat, the old irrigation system bringing water from underground wells, which gave the English word "canal".
Interesting side note from that article: "Totalitarianism has become soft and feels a bit absurd — the BoardGameGeek website is blocked, but the New York Times isn't." Hmm. 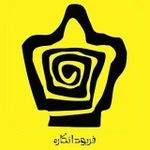 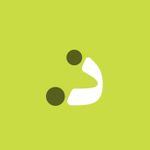 • In his article, Faidutti highlighted a few titles from Iranian publishers Reality Game and Dorehami Games, both of which will be at SPIEL '19 (booth 5-E106). One problem: U.S. sanctions on Iran have meant that no German company is willing to accept a shipment of their games:

As a result, representatives from those companies will be forced to bring games to SPIEL '19 as luggage, which means that they will mostly bring copies only for those who have already preordered:

Thanks to @SPIEL_Messe for all their supports.
Please pre-order by messaging us:
1. Zaar 75€
2. King Thief Minister 15€
And the way to contact.
Therefore we can manage logistics.
Thanks for your support.

Should you be attending SPIEL '19 and want to know more about the boardgaming scene in that country, attend the "Board Games in Iran" panel on Saturday, October 26 at 13:00 in the Saal Berlin conference room. 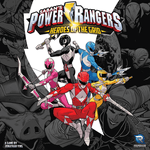 • On his personal blog, Renegade Game Studios owner Scott Gaeta writes about publishing games based on existing IP:
Quote:
For me this is always the #1 priority when making games for a fan-base: It has to be for them. It has to be the absolute best experience based on the world they love that you can deliver. Nothing else matters if you can't accomplish that. NOTHING. If someone who doesn't like the IP says they don’t like the game but the fans love it, you are golden. Now if you can make an experience so good that everyone loves it whether they are a fan of the IP or not, that's the holy grail of licensed game creation. But if you can't make the fans happy, why even bother.
Gaeta gives two recent examples from Renegade where he feels the games turned out perfectly for fans: Power Rangers: Heroes of the Grid (thanks to designer Jonathan Ying being a huge Power Rangers fan) and Scott Pilgrim Miniatures: The World, which is being designed by Erica Bouyouris, who lives in Toronto (where the Scott Pilgrim comic is set) and who has prior experience with IP-based games. 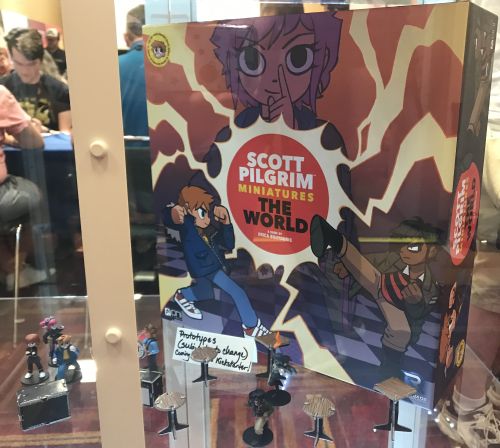 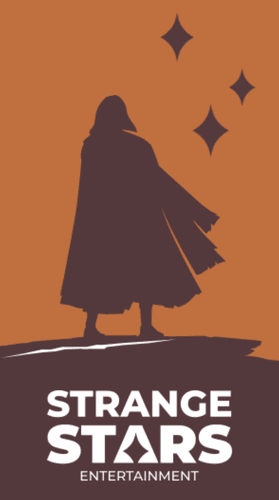 • If you've wondered what game designer and former Asmodee North America CEO Christian T. Petersen was up to since he left ANA at the end of 2018, feel free to take a gander at Strange Stars Entertainment, which Petersen describes as "a venture capital company with an emphasis on incubating its own ventures". In more detail:

Quote:
Strange Stars Entertainment seeks to invest in products and companies that lie at the inflection point of story, games, and technology. Our work consists of the following:

• Incubation of our own business ideas, forging new ventures that excite, delight, and bring people together.
• Investment in seed or early stage companies with extraordinary stories, product, and talent.
• Acquisition, creation, and management of intellectual property (stories, worlds, characters, and concepts).
• From time-to-time we may agree to outside consulting projects, partnerships, asset/inventory investments, and such, provided such projects are sufficiently strange to shine in our sky.

Strange Stars is a small organization consisting of hand-picked individuals at the top of their fields. Between our staff and partners, we have decades of experience in consumer products, commercial production, retail, distribution, software, commercial storytelling, M&A, IP licensing, and creative development of proprietary entertainment brands.