New Game Round-up: Fight as a Two-Headed Giant, Set Fires as a Dragon, Then Discover Your Inner Compass 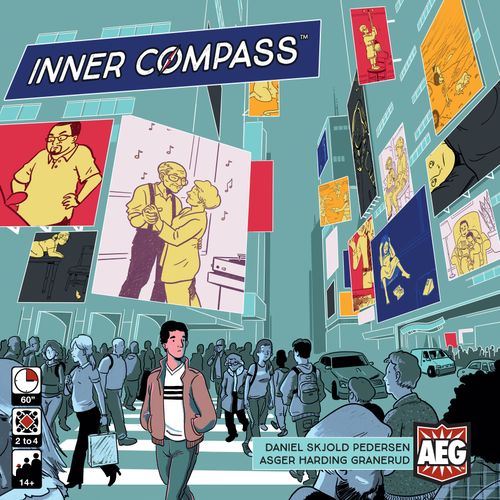 • Okay, stepping aside from my SPIEL '19 coverage (with lots of notes and pics still to process), let's check out a few 2020 releases that publishers have announced, such as the intriguing-sounding Inner Compass, a March 2020 release from Asger Harding Granerud and Daniel Skjold Pedersen that AEG will demo at both BGG.CON 2019 and PAXU 2019. An overview of what's going on:
Quote:
In Inner Compass, you play as one of four characters searching for meaning in their everyday lives. (Sound familiar?) Make the right life choices, experience the full spectrum of emotions, create meaningful memories, and — ultimately — find your own inner compass. The most enlightened player wins!

Inner Compass is a bold experiment in determining your personal inner compass. Will you focus on building up emotions to release them at certain times? Sometimes it can be healthy and productive, while at other times it can be destructive and inappropriate. As you move through the game, you'll learn how to communicate your emotions constructively and earn points towards winning. 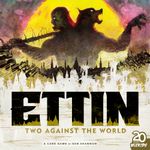 • Another 2020 release being previewed at PAX Unplugged 2019 is Ettin, a 2-8 player card-drafting game from Kenneth C. Shannon, III and WizKids currently scheduled for release in May 2020. Here's an overview of the game:
Quote:
From the mists of war, a pair of great nations rise together like a two-headed giant. They march across the land crushing their foes. As one, they combine their strengths, thwart their enemies, and achieve a triumphant destiny.

In Ettin, teams of two compete against each other in fierce skirmishes and fast global conflicts. Your alliance shares strategies, defenses, and resources as you face off against neighboring enemies. You can even expand to 16+ players with multiple copies of the game!

Each of the eight unique nations has a different focus and playing style, designed to be a formidable opponent or a reliable friend. Pairs of enemies and allies play at the same time, making even the most climactic global conflicts between eight players shockingly quick.

• Another upcoming WizKids release is Tournament at Avalon from designers Karen Boginski, Jody Boginski-Barbessi, and Kenneth C. Shannon, III, with this February 2020 release being a standalone sequel to 2017's Tournament at Camelot. An overview:
Quote:
Tournament at Avalon takes players to the land where Excalibur was forged, building on the innovative mechanisms of Tournament at Camelot with new characters, cards, and mechanisms, allowing players to focus on informal diplomacy or alliances alongside the standard combat of the original game. It's a deep, challenging experience all on its own, with extra depth and complexity for players who own both games!

In the game, you play as a legendary character, battling opponents with weapon cards: arrows, swords, deception, sorcery, and even alchemy. The more you injure your opponents, the better you fare in the tournament. However, even the most injured characters can make a complete comeback with the grace of Godsend cards and the aid of their special companions. This trick-taking game ends when one opponent has been injured to the point of death. The player with the most health is then declared the tournament victor!

In Tournament at Avalon, you also have cards representing the legendary enchantress Morgan Le Fay and a new set of location panels that grant additional advantages to a player when they are the host of a tournament round. If you have Tournament at Camelot, you can mix and match your favorite cards, playing with either ruleset or combining the two games to play an epic "Chaos of Battle" tournament with seven or eight players! 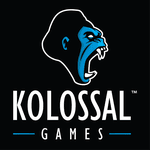 • This final title would greatly benefit from an image or two to give you a better idea of how the game will play, but for now I'll have to leave you with only a written description of Dragnarok, a 2-4 player game coming from Kathleen Mercury and Kolossal Games:
Quote:
Being a dragon is usually pretty awesome —wings, fire breath, a big pile o'gold to sleep on at night — until THEY showed up, that is, a "party" of adventurers who trespassed on your land, in your cavern, to steal YOUR gold. Why? What rights did they have to it? Why is it okay to trample all over yours? Good news, though, as you've found the village and castle keep they call home. You're fed up, and you're a dragon, so you're not reasonable. Time to get your gold back and to burn them and their village to the ground.

Dragnorak is a scenario-based, fantasy dexterity game in which players, acting as dragons, burn hero and villager meeples on a three-dimensional board. During their turn, a player may take a free movement action, then one of four different dexterity attack actions: Firebomb, Spit, Boulder Wheel, and Swoop. Most gold wins, of course, as befits dragons, and don't worry about missed shots because they build up your RAGE, which allows you to keep attacking until ideally there is nothing left.