To quote Led Zeppelin, it's been a long time. Been a long time. Been a long, lonely, lonely, lonely, lonely, lonely time. Just over 2 months to be exact. So, let me give you a quick update before we jump into the news. First of all, the delay was due to me losing my job at the end of September. I was unceremoniously dumped (along with about 20 other people) from my company in what they lovingly termed a "reduction in force". Thus, my time has been filled with trying to locate another source of income lest my children go hungry (this is a bit of hyperbole, but let me have this one, okay?) and sitting down and playing/writing about games just wasn't in the cards, pun fully intended.

Well, I found a new gig and started this week. So, life is better, but still busy. That said, I can at least start writing again without being inundated by crushing guilt. So, hopefully these get a little more regular. We'll have to see how things go as I get more comfortable at my new job.

Now, on to the news: 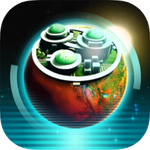 Terraforming Mars Releases for Mobile
This summer the fate of Terraforming Mars on our phones was up in the air due to developer Luckyhammers shuttering their doors. We knew Asmodee Digital had taken over the development reins, but weren't quite sure if we'd ever see mobile Terraforming Mars in the wild.

Well, this week it arrived for both iOS and Android and, if you don't care about online multiplayer, you're in for a treat.

Visually, the game is stunning and I personally like the UI. Solo games against the AI are a relaxing and great way to spend some time.

Multiplayer, however, is riddled with issues. None of them make online async games unplayable; you can still get in full async games of TM on your phone as long as you're willing to put up with some head-scratching issues. Things like notifications sometimes happening, sometimes not. Lack of indication of which game is currently active (if you're in two or more games and get a notification that it's your turn, there's no way to tell which of your games is the one asking for your attention). No names in-game, so you're never sure who's who. No replay of other players' turns (you can look at the log, but I find seeing a replay of their actions much more user-friendly).

There's some more middling things, too. Again, none of these prevent you from playing an online game of TM, they just turn what should be an incredible experience into a somewhat frustrating one.

If you're a TM fan, I would recommend the app. I'm really enjoying solo play much more than I do just about any other board game app. Something about the presentation and interface that make the game fun to play. I'm also enjoying multiplayer, but looking at how great the online system is in games like Through the Ages or anything from Playdek just makes me wish Asmodee could get their stuff together on the online multiplayer side of things. 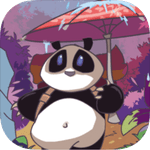 Asmodee launches Gang of Four, Takenoko, and Dream Home
More Asmodee news! Last week Asmodee surprised everyone with the sneak launch of not one, not two, but three new board game apps that I'm not sure any of us knew were even in production. The three apps are for Dream Home, Takenoko, and Gang of Four. I'm not joking, you can go find all three of these titles on both the App Store, Google Play, and Steam.

With everything going on right now, I haven't had a chance to try any of these new titles so I'd be happy to hear via the comments how they play. That said, I do know that they all include solo play vs. AI as well as local and online multiplayer.

You can buy each of the games separately or, if you're an Apple user, via a 'family pack' which will give you a discount. First links to the apps, then a bevy of trailers!

Gloomhaven gets major update: The Mindthief
Development on bringing Gloomhaven to life on your PC is continuing with the latest update from, you guessed it, Asmodee. Last week they introduced a major update that included, among other things, a new character: the Mindthief.

Asmodee wrote:
The animalistic race of Vermlings do not hesitate to form hunting packs to survive in the dangerous world of Gloomhaven. Feared and shunned, they're forced live reclusively in the human society.

To avoid harassment, some will flee to the sewers and form strong bonds with the rat population. Without their pack, they can always try to rise to the height of Mindthieves and master powerful psychic powers... once this level is reached, they make for terrifying opponents.

That's not all the update brought, however. There are also new shield items, UI updates, and more. So much more that I'm just going to link the patch notes rather than regurgitate everything here.

Full release of Gloomhaven won't be until sometime in 2020, but you can pick up the Early Access version right now and it's pretty great for a beta. If you're curious, no reason to wait until full release.

- Gloomhaven for Windows PC via Steam, $25

Roll for the Galaxy Opens the Pod Bay Doors, Hal
I've been so busy playing Temple Gates Games LLC's last release, Shards of Infinity that I nearly forgot they had another bullet in the chamber. That would be their upcoming port of Roll for the Galaxy. We hadn't heard much news about the app for quite a bit, but this week Temple Gates changed all that when they opened up beta signups!

You can sign up right now to be a part of the beta on either iOS, Android, or Windows PC. Want to know what you're getting into? How's about a blurb?

Temple Gates wrote:
The award winning boardgame, Roll for the Galaxy, is making its way to phones, tablets and PC soon. Following the launch of Race for the Galaxy, Temple Gates Games, in association with Rio Grande Games, is excited to announce the upcoming digital release of the popular dice adaptation. The game will be available on iOS, Android, and Steam. Roll for the Galaxy is a dice game of building space empires for 2 - 5 players. Your dice represent your populace, whom you direct to develop new technologies, settle worlds, and ship goods. The player who best manages their workers and builds the most prosperous empire wins!

Features
- 2-5 player with network multiplayer
- Asynchronous and real-time multiplayer modes
- Advanced neural network AI by Keldon Jones
- Nine starting factions, nine starting worlds
- Sixty developments and settlements
So, get on over to the signups at the link below and we'll see you in-game!

- Beta signup for Roll for the Galaxy 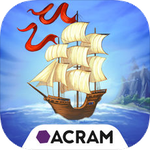 You want rules? Head on over to the Acram blog and you'll see a veritable wall of rules!

I'm not sure what the prizes for winners might be (or if there even are any), but sign up and have fun and who cares, right?

UPDATE: There are prizes and more:

Acram wrote:
- The sign-up will be open until January the 5th.
- There are prizes: codes for our digital board games, including Charterstone, and Roam, Megaland, Eight-Minute Empire: Legends and Lost Lands and stock Eight-Minute Empire - all these sponsored by Red Raven Games, so Ryan Laukat's studio.
You can sign up right here, but I wouldn't dawdle as they opened signups on November 25 and I'm not sure how much longer they'll keep that door open.

Charterstone Beta Ramping Up
In other Acram news, their port of the Stonemaier Games' legacy project, Charterstone, is moving along nicely. So nicely that they're about to enter beta. In fact, you can sign up right now to be a part of the beta, but signups are only open until this Sunday, December 8 so don't wait around too long.