New Game Round-up: Bet on Horses and Numbers, and Risk Going In Too Deep 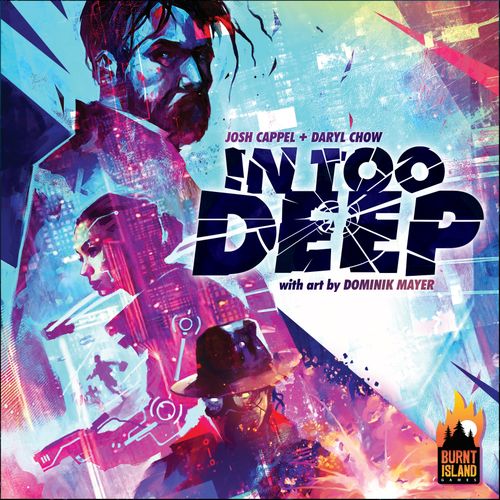 In Too Deep is a 1-4 player game from Josh Cappel and Daryl Chow that's due to hit Kickstarter in early 2020 ahead of a release later that year. The game description on the BGG page is heavy on setting and light on game details:
Quote:
The year is 2087. You are an up-and-coming police officer working to take down the criminal syndicates that run the city. Sometimes the best way to make a difference is from the inside. You've been recruited for a new undercover program that will require you to pose as one of the very criminals you're trying to take off the streets.

Flash forward a few months, and you have made in-roads with different organizations. It takes time to build trust, but more and more, you're being selected to go on different jobs. The life of an undercover cop is a stressful one. How far will you go to establish your cover? When is the right time to perform a bust and make these criminals pay for their crimes? Make too many arrests and you might blow your cover, but the more you engage in the seductive world of organized crime you risk going in too deep and betraying everything you've ever stood for...
Publisher Helaina Cappel of Burnt Island Games explains why the details might be missing in a Facebook post: "When trying to enter it into the BGG database we realized that there are very few existing game mechanisms that can describe it. That should tell you something." 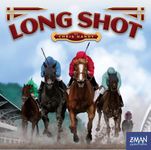 • Chris Handy's horse-racing game Long Shot, released by Z-Man Games in 2009, is being reborn in 2020 as Long Shot: The Dice Game from Handy's own company Perplext.

Writes Handy, "Perplext has been developing this title over the last three years. This is the second title in Perplext's 'Roland Wright' line of premium 'roll & write' games", the first such title being Roland Wright: The Dice Game. Here's an overview of the new design, due out in January 2021 following a crowdfunding campaign in May 2020:
Quote:
In Long Shot: The Dice Game, you and up to eight players can buy horses, bet, collect jockey gear, choose lucky numbers, and more in an exciting race to win the most money!

The game is played over the course of one race. Each turn, the active player rolls the dice and places them in two columns, then advances the horse that was rolled. They may also advance any horses they own that also have the rolled number in their feature set. Next, the active player performs one action by choosing a dice pairing; alternatively, they may choose to buy a horse. Finally, all other players simultaneously perform an action by choosing a dice pairing. If the active player advances a horse on or beyond a track space with a bonus token, they may take the bonus action.

The game ends when a third horse crosses the finish line. Players total their winnings from the Winner's Purse, Bets, Jockey sets, and Race Goals, then add in their remaining cash. The player with the most money wins!

• Leo Colovini's Think Str8! is a fantastic deduction game that was released in 2015 by German publisher Huch!, then ignored by pretty much everyone. One possible reason for the game being overlooked is that the look and component quality of the game was, um, mediocre at best. (Letter Jam, to pick a comparable deduction game, isn't a showstopper in the looks category, but it has far more appeal than Think Str8!)

In any case, Mojito Studios — which is debuting with a new edition of Cleopatra and the Society of Architects in 2020 — has announced that it will release a new version of Think Str8! "with different components, setting, and name: The Lost Code".

For those unfamiliar with the game, here's a summary:
Quote:
Think Str8! is about estimating, guessing and making clever deductions! Each player has six numbers in different colors in front of them. They can see the numbers of all the other players, but unfortunately, they see only the back of their own display. Who will manage to figure out through deduction what is standing in front of them?

In more detail, the game includes cards in six colors, with each color having numbers 0-7. One card of each color is randomly removed from play and returned to the box without anyone knowing the numbers on those cards. Each player then sets up a rack with one card of each color on it, but with the racks facing toward the other players so that no one sees the numbers on their own rack. (In a game with two or three players, set up two or one additional racks visible to all players.)

On a round, the active player rolls the three color dice, e.g., blue, red, and yellow. Each player tries to guess what the sum of the numbers on their rack is for the cards that correspond to the die colors. If the dice showed two green and one grey, for example, you'd add the green number twice and the grey number once — but of course you can't see what your numbers are; you can only see what they aren't based on what's showing in the racks visible to you.

The active player then takes one of the bid strips — seven cardboard strips that come in different lengths — and places it across one or more numbers on the number line in front of them to show the range in which their sum lies, e.g., 13-16. Each other player does the same, choosing from the strips not previously chosen. If you guess correctly, you score points, with shorter strips being worth more points; if you're wrong, then you must discard any one of your colored cards face up, then draw a new card of this color and place it in your rack unseen. You now see this hidden number, which may help you deduce sums from previous rounds, but now you have to start over with you deductions for that color! Other players see the new card you just placed, so they get more info, too.

After 8-10 rounds, depending on the number of players, each player guesses the numbers on their racks, writing down one, two, or three guesses for each color. If you guess correctly, you score 5, 2, or 1 points for a color based on how many guesses you wrote. Add these points to whatever you scored previously, and whoever has the most points wins.
I played Think Str8! three times in 2015 and greatly enjoyed it, but I hadn't tried the game with three or four players, then it got buried under an avalanche of new arrivals, so I never covered it in detail. Such is the fate of all too many games these days, but now it will have a second chance... 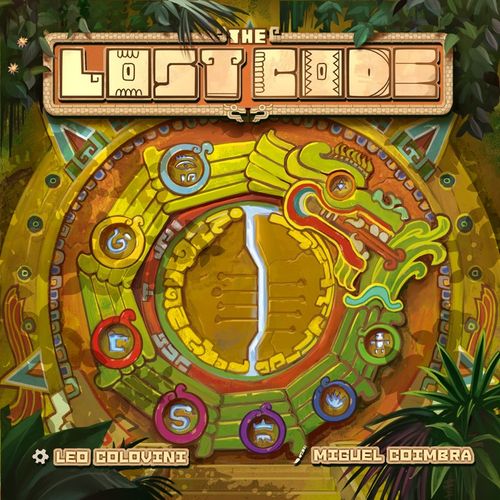