Links: Limits to Civilization Games, Distribution, and Growth in the Industry 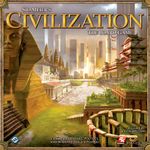 • On Vice, Gabriel Soares writes about "one of colonialism's most toxic narratives" in 4X video games and how new titles might be moving on to fresher ground. (Soares mentions only video games in his article, "'Civilization' and Strategy Games' Progress Delusion", but I find the topic still interesting.) An excerpt:
Quote:
And what do we find in most historical 4X games? A largely uniform tech tree that all factions will progress through in a unilateral direction. Even non-historical 4X games feature uniform tech trees, they just use the present as a starting point and not an endpoint. But what is progress in an historical 4X game? To be blunt, it's the elimination of difference. The closer you are to "us", the more you have progressed. All Civ games begin with a settler unit, and your first choice is where to settle, to become sedentary. The first city being built you start transforming the surrounding environment, researching technologies and expanding until, by the end, you achieve hegemony over the world. Or rather, until you quit the game because you're bored...

Games are supposedly a series of interesting decisions, but one of the dirty tricks of social evolution is to obfuscate political decisions under the guise of progress. Effectively your only decisions are how to advance through a predetermined trajectory culminating with "us", "the US". This is easier to perceive in tech trees, but it’s also true of those two other Xs: expand, exterminate. Make the world homogenous, make the world boring. Those early turns players like put them into contact with difference. The rest of the game sees them destroy it. 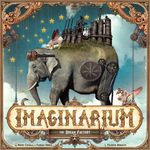 • Designer Bruno Cathala wrote a year-end round-up in, um, December 2018 that I'm only posting about now, but his article is still relevant in this era of non-stop game releases thanks to his discussion of the even greater role distribution plays in making those games available (or not available) to potential buyers. Here's an edited excerpt from his post:
Quote:
In past years, the author had to seduce an editor with their prototype, then everything started rolling. The publisher would produce the game and distribute it through its own distribution channel. Some distributors were more effective than others, depending on the type of game, but in any case the game was going to be broadcast and reach stores.

Today, this is no longer quite the case, and the changes that I see are probably linked to the increase in the number of new products. Today, signing a game at the prototype level with an editor does not yet guarantee that the game will be broadcast. Indeed, the publisher must then present the game to its distributor and succeed in seducing it enough for the latter to agree to distribute the game — and even if the distributor agrees to take the game, it has so much to disseminate and promote that it will highlight only some of them at the shops, the others having to make their place by themselves, by being a line in a catalog. Suffice it to say that the chances for survival of games not highlighted are very slim.

This has led me to change the way I work. Now, when one of my prototypes interests a publisher, I am interested in how it will be distributed because if the distributor does not believe in it, you might as well work with another publisher.
Imaginarium and Micropolis both suffered difficulties with being distributed in North America in 2019, and I previewed the card game Loser from Cathala and Dutrait in January 2019 as I thought it would have wider distribution in the near future, yet that hasn't happened in the subsequent eleven months.

• Nathan McNair of Pandasaurus Games has also talked about the constraints to be found with game distributors in his September 2019 article "The Superstar Effect": "Distribution's margin is thinner, and their risk on overbuying a title is higher than it is for even the publisher."

McNair posted another interesting in-depth article in September 2019 on the Pandasaurus blog: "The Board Game 'Bubble' Doesn't Exist". Here's an edited excerpt, starting with a definition of terms:
Quote:
A bubble exists when an asset's price (be it real estate, a "Black Lotus" card, a stock) appears to be out of line with any reasonable value of that good. This means that the laws of supply and demand are completely out of whack for some reason. There are two main causes of a bubble:

One is an equity bubble. Some new asset/innovation is discovered, and the demand for it is unsustainable. Basically, something amazing (tulips!) is discovered, and people lose their minds and want to buy the hell out of tulips. Usually this is a type of good (stocks are the best example) that are easy to sell and are highly liquid. Eventually people realize that unprofitable websites in the late 1990s are not all going to be billion-dollar companies and that tulips are flowers, and prices go back to reasonable levels.

The other (and probably more famous) bubble is a debt bubble, which is created not by equity investing, but by debt spending (i.e., borrowing money) in order to invest in something that you hope will return a profit. Usually the thing you are investing in has little or no demand. This makes the investment unprofitable, which in turn means you can't pay back the borrowed money. This then means the people who loaned you the money don't get it back, and they are less likely to loan money out (either out of fear or lack of capital).

So here's the thing: Most of you aren't speculating on future board game values. When people say there is a bubble on Kickstarter or a bubble in the board game industry, what they probably mean is something along the lines of "This isn't going to last", which means they are arguing that there will be a market correction.

Will there be a market correction in the board game industry? Yes, but that's always been true. The trick is: When is it going to happen, what will it look like, and what will the effects of that be? I have the answer to all of those questions for what it's worth.

The answer: No one has a clue.

If we all knew 100% what was coming, we would already have all taken the exact perfect actions to plan for it and take advantage of it. And that's the way markets work. People place bets on where they think things are headed. Companies place bets on games they think will sell all the time. And all of us think we are right, or we wouldn't do it. Some companies are really good at it, some are bad at it, and consumers will reward those that had it closest to correct.

Those who have been in the industry longer probably have a better idea of what's coming because they've been through market downturns before. But then again, they could be doing everything exactly wrong because they may expect whatever is coming to look like the D20 crash or the CCG bubble/crash (this, I think, probably was a speculative equity bubble along with comics and all of the other 1990s collectibles). And it might not. In fact, it may be so different that more established publishers do everything exactly wrong.

So I keep contradicting myself, and it's because no one has the answer. We certainly think we do, or we would be doing things differently than we are, but that's true of basically everyone. We all think we know what we're doing, and we all look very smart — right until the moment that we were completely wrong. 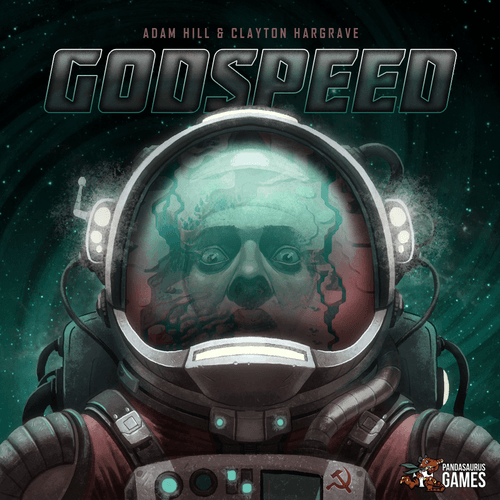 Nathan's face while writing this article