I'm still emptying my inbox of messages that piled up during 2019, but I think this post can finish off topics that fall into the "industry business" category, with my delay allowing for timely follow-up on a couple of items. Let's see how far we get:

• In June 2019, global consumer goods company Newell Brands — which owns the brands Rubbermaid, Papermate, and Coleman among many others — announced that "to make progress on its Accelerated Transformation Plan, designed to create a simpler, faster, stronger consumer-focused portfolio of leading brands" it had signed an agreement to sell The United States Playing Card Company ("USPC") to Cartamundi Group. To quote the press release: "USPC, based in Erlanger, KY is the leader in the production and distribution of premier brands of playing cards, including BICYCLE®, BEE®, AVIATOR®, HOYLE®, and FOURNIER®. In 2018 net sales for USPC were approximately $112 million."

Newell Brands followed up that announcement with another on Dec. 31, 2019 to note that it had completed the sale of USPC to Cartamundi: "This transaction marks the conclusion of the Accelerated Transformation Plan that the company had initiated in January 2018." 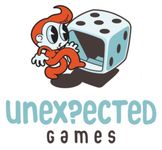 • In July 2019, Asmodee announced the founding of Unexpected Games, "a new board game studio centered around innovative design and spearheaded by renowned game designer Corey Konieczka". Here's more from the press release:
Quote:
The philosophy behind Unexpected Games arose from Konieczka's desire for a studio focused on innovation and idea incubation. "Our goal is to create games that are novel, fun, and accessible," he explains. "We hope to surprise people and create experiences that they've never had before." ...

The first title from Unexpected Games is expected to release in 2020. While no details about the game have been made public, Konieczka explains that it will be a multilayered experience that tells a story in a unique way.
Good timing, Eric. Here we are now in 2020 awaiting more details... 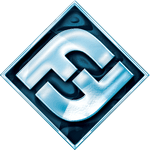 • Konieczka is leaving his designer position with Fantasy Flight Games, which he's held for more than a decade, and FFG has also said goodbye to Andrew Navaro, who left his position as FFG's Head of Studio at the end of 2019. Here's an excerpt from his farewell designer journal on the FFG website:
Quote:
FFG owes much of its creative success to the spirit of collaboration that inhabits the studio. A lot of thought, effort, and attention goes into everything we make, and while designers and developers tend to get the majority of the credit for a given product's success, they're able to achieve that success in large part due to the strength of their supporting cast. If you haven't done so already, I urge you to read the credits lists of your favorite FFG products. The artists, art directors, graphic designers, producers, writers, editors, play-testers, sculptors, managers, and many more make extremely meaningful contributions to the products on which they work — oftentimes beyond even the definition of their credited role.

• German publisher Uhrwerk Verlag filed for bankruptcy in late May 2019, which meant that an administrator would be assigned to review the publisher's economic situation and approve or disallow future actions.

On Dec. 15, 2019, founder Patric Götz posted an update noting that (as far as I can tell) all employees have been let go (although they might still do work as freelancers), the business now runs out of a home office, and many projects are still moving toward completion.

• In January 2020, Lucky Duck Games announced the founding of "Lucky Duck Partners", which is "aimed at facilitating access to distribution through our operation in North America and Europe". Along those lines Lucky Duck has signed a distribution partnership with ThunderGryph Games, with worldwide retail availability of ThunderGryph's Hats and Rolling Ranch due to start at the end of January.

By the way, Lucky Duck's Vince Vergonjeanne stated at the end of 2019 that "the company just passed the $4M revenue [mark] for 2019 alone" and now has 19 full-time employees.

• Pandasaurus Games has joined the orange logo brigade — BGG welcomes you! — and in a press release announcing the new look, the publisher included this fun detail: "If you pay close attention, you'll notice the Panda bits of the logo match the color of the word 'Panda', and the Dino bits match the color of the word 'Saurus'. It's a fun nod, and breaking our name up also makes it a heck of a lot easier to pronounce and spell."

• Brieger Development is a game development studio in Sunnyvale, California. Says owner/developer John Brieger, "We do contract development and production for board game publishers, refining prototypes into the final product. Our clients and licensees include Deep Water Games, Indie Boards and Cards, Tasty Minstrel Games, Thunderworks Games, and many more."

In a post announcing new hires, he writes:
Quote:
When you look at how creative work is done in other industries, you'll find studios and design agencies are the default model. The current hobby boardgame industry runs primarily by licensing designs from independent designers, similar to the book industry, with only larger companies having employees who can solely focus on design and development.

As the boardgame industry grows there are a significant number of publishers who are expanding their catalogues, but don't yet need multiple full-time employees handling development. One of the hardest things as a publisher is that your time and attention is limited — which can put a cap on executing creative work. Hiring an external development studio helps free up that time to focus on their core business. All of that is to say: this is a model that works, and demand is currently pretty good.
Developers John Velgus and Michael Dunsmore joined the company in the last quarter of 2019, and to start 2020 Brieger Development has brought on board developer Brenna Noonan (formerly of Starling Games) and producer and project manager Chris Solis (formerly of Level 99 Games).