• The description of Afternova, a game by Jeff Chin and Andrew Nerger that's due out in March 2020 from Road to Infamy Games, is less detailed than it could be to show how it differs from similar sounding games, but I appreciate the thematic setting of you trying to make treasure from trash on a cosmic scale:
Quote:
A nearby solar system has been obliterated by a supernova. Now is your time to move in and extract the valuable resources from its unstable planets — but these jobs are too dangerous to do alone, so send in teams of Hired Paws and form uneasy truces with your rivals to come away with the best loot.

Afternova is a strategic negotiation game for 3-6 players. Score victory points by collecting fragments shown on your blueprints to build ship upgrades. When a player completes a number of blueprints, the game ends and the player with the most victory points wins.

On your turn, you may buy blueprints and Hired Paws from the market or extract fragments from a planet by spending your Hired Paws. When extracting, it is often best to team-up with other players to split work and the rewards. 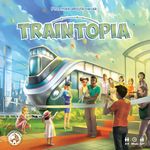 • Aside from the three titles already announced — Dark Ages, Tekhenu: Obelisk of the Sun, and Teotihuacan: Shadow of Xitle — publisher Board&Dice has yet another 2020 release in the offing: Traintopia from designer Przemek Wojtkowiak, and as with the title above, I feel like more details are needed to get a sense of why you'd choose this game over others:
Quote:
In Traintopia, you must create a futuristic train paradise with networks and routes for goods, commuters, and tourists. Exactly how do you do that? It's simple! On your turn:

—Draft a tile, commuter, tourist, mailbag, or a train from the current offer.
—Expand your network by adding the newly drafted component to it.

Tiles expand your routes. Commuters and tourists score victory points when placed. Mailbags and trains provide end-game bonuses. In more detail, the game tiles feature train tracks passing through different types of districts sought after by different types of commuters. Additionally, along the route you will find various landmarks that draw tourists. You must strike the right balance to maximize your scoring potential.

After eight or nine rounds (depending on the number of players), the game ends, then players score completed routes and gain bonus victory points from individual goal cards.

• U.S. publisher IDW Games first released Seikatsu from Matt Loomis and Isaac Shalev in 2017, and in February 2020 it will debut a new version of the game called Seikatsu: A Pet's Life that features identical gameplay and new huggable art by Neytirix. Here's an overview of the game if you're coming to it for the first time:
Quote:
In Seikatsu, players take turns placing tiles into a shared garden area, with each tile showing a colored flower and colored bird. Players score for groups of birds as they place them, but they score for rows of flowers only at the end of the game and only for the rows of flowers that exist from their perspective, i.e., that are viewable as lines from where they sit at the game board.

Seikatsu: A Pet's Life features the same gameplay as Seikatsu, but with players placing tiles that show pets sitting on pillows instead of birds resting on flowers. 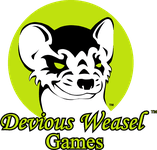 • I've enjoyed having designer Jim Felli of Devious Weasel Games on camera at various conventions to demo his creations, and his Gen Con 2020 release — Cosmic Frog, a 2-6 player game that plays in 45-90 minutes — is an eye-catcher that's worth a look, possibly with a black light:
Quote:
Cosmic Frog is a game of collection, combat, and theft on a planetary scale. Each player controls a two-mile-tall, immortal, invulnerable frog-like creature that exists solely to gather terrain from the Shards of Aeth, the fragments of a long-ago shattered world. The First Ones seek to use the lands from the Shards to reconstruct the world of Aeth, and your frogs are their terrain harvesters.

At the start of the game, your frogs descend from the Aether, the cosmic sea between the worlds, onto a terrain-rich Shard of Aeth. Once on the Shard, you harvest land and store it in your massive gullet. When your gullet is sufficiently full, you leap into the Aether and disgorge your gullet contents into your inter-dimensional vault for permanent storage, then return to the Shard to collect more land. Although your frogs' collective mission is to gather as much land as possible for the First Ones, your private goal is to prove yourself to be the greatest of their harvesters by delivering to them the most valuable vault. To do this, you have to fill you vault strategically in a manner that both maximizes linear sets of identical lands and maximizes the diversity of lands in your vault at the end of the game.

Throughout the game, you're free to keep to yourself and focus on harvesting at your own pace...or you may attack other frogs and try to take lands directly from their gullets. You may even raid another frog's vault and steal the lands they have gathered if they have been knocked into the dreaded Outer Dimensions. As you are all immortal and invulnerable, no frog is ever wounded or killed — just irritated and inconvenienced. 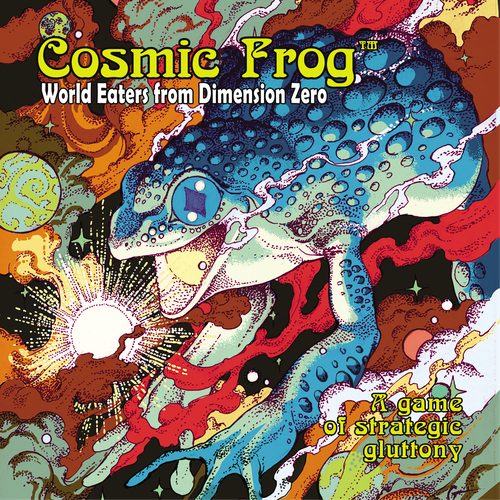 But don't ever get too comfortable with your carefully crafted plans as the Aether is a chaotic and unstable place. Waves of Aether Flux will prompt you to mutate, and you may have to change your strategy in accordance with your new powers. And Splinters of Aeth, tiny slivers of the old world that swirl madly about in the Aether, will periodically fall from their orbit and crash into the Shard, destroying large areas of terrain and blasting apart the very Shard itself!

The game ends when the Shard is stripped of all harvestable land or when a Splinter shatters it. When the game ends, the player with the highest valued vault wins, and the frogs move to the next Shard to gather more land for the First Ones...
• I'm ignorant of most video games on the market, but this might be a big deal for a few folks: In a January 8, 2020 video that teased at plans for 2020, League of Legends developers said that they would "give you a look at our new tabletop game" in the near future. Jump to 57 seconds for this briefest of teasers: