App News: Fury of Dracula headed to digital and Android gets Wordsy 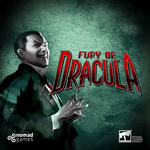 Fury of Dracula Coming to Digital
Well, this came out of nowhere. What might be my favorite hidden movement game is coming to digital! Fury of Dracula (Third/Fourth Edition) from WizKids (I) is going to be landing on [redacted] later this year. Worried it will be a slapdash mess of a port? Stop worrying! It's being developed by Nomad Games Ltd (II), makers of Talisman: Digital Edition and Mystic Vale, so we're in good hands.

If you haven't played Fury of Dracula before, you're missing out. Hidden movement dripping in theme and conflict whose only problem is a running time that might stretch a bit long.

Nomad wrote:
Nomad Games are incredibly excited to announce their next project, a digital adaptation of the classic board game ‘Fury of Dracula’.Originally published in 1987 by Games Workshop, Nomad Games will be adapting the Fourth Edition of the board game, which was released in 2019.

Set in late 19th century Europe, Fury of Dracula sees four brave vampire hunters hunting down clues to stop Dracula before he creates an unstoppable army of mindless thralls! With a strong emphasis
on teamwork and gothic horror, Nomad Games are aiming to create a digital adaptation that appeals to fans of the original game and new players who have never had the chance to stalk Dracula across Europe!
We don't know much more than "it's coming!" at this point. No platforms have been announced nor has a release window. We'll have our ear to the ground and let you know when more info pops up. 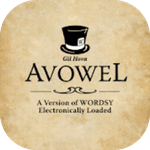 Wordsy Comes to Android as AVOWEL
Designed by Gil Hova and published by Formal Ferret Games, Wordsy is a 2017 reimplementation of the game Prolix from way back in 2010. It's been released for Android by Wheeler Games (Video Game) (and Android only! Why do Apple users always get the shaft???) as AVOWEL (Wordsy was already taken, so the name change was necessary).

Let's blurb this one:

Wheeler wrote:
AVOWEL is a game of longer words! In this official digital adaptation of the board game Wordsy, you are trying to find the single best word on the board each round. Unlike other word games, you don’t need all the letters in your word to be available, but you’ll want to use as many as you can.

AVOWEL features AI with adjustable difficulty levels, as well as a daily challenge mode that lets you compete with players from around the world.
The current version (did I mention it's Android-only?) is free to download with IAP to unlock the full game. It's solo at the moment, but you can expect online multiplayer to go live in Q2 of this year. That said, the solo version has multiple levels of AI to battle as well as a daily challenge mode. Sounds good to me...if only I had an Android device.

AVOWEL is available right now and it's free, so what are you sitting around here for?