Below you will find their games.
Please do take a look at each of them and thumb the one you liked best.

The games are sorted by their appearance in the month's corresponding thread. 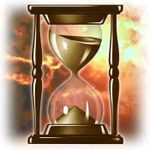 
Excerpt from the rulebook:
Quote:
Due to the Galactic alignment predicted by the Mayans,
the Earth’s magnetic core is now spinning slower than
before. The Earth now has just 24 hours remaining until the
magnetic field protecting the Earth from the Sun’s deadly
radiation deteriorates to fatal levels.
Fortunately, an experimental ship is able to drill through
into the Earth. Protected by powerful electromagnetic force
fields, this ship can – in theory – deliver a powerful
explosive force and restore the magnetic core back to the
proper spin.
Link to the rules:
Drill to the Core v1.1 1-11-2013, 07:00 am


Excerpt from the rulebook:
Quote:
It's the apocalypse, but not one anybody expected.
The world is simply fading away, piece by piece.
A sanctuary has been built that should protect the few remaining people, but someone needs to gather supplies, from what little is left to gather from.
Link to the rules:
PokectMod Rules

Excerpt from the rules:
Quote:
The apocalypse. Nobody was sure what happened, but the skies darken and barrage of nuclear missiles streaked across the sky, crisscrossing with white trails followed by deafening booms and flashes of white light.
Nobody knew who had pulled the trigger. It didn't matter now.

A small number of what remained of the human race survived. Humankind was pushed back to the stone age as they have to learn how to survive again in a harsher and more unforgiving environment. The rules have changed. The wildlife that survived are more savage, definitely carnivorous. Even some of humanity's measly numbers ventured out at one time and have been transformed to beasts that are more dangerous than anything else, being inherently gifted with complex intelligence that's missing from other animals.

Fast forward a few hundred years. You and your mates have just constructed a settlement amidst the harsh wasteland and attempt to make a living and survive. During the day, it's safe enough to gather materials, hunt, build, etc. However during the night, the Beasts come out and the fight for survival begins.
Link to the rules and components:
Just follow this item's link.

Congratulations, Abdul, your game has been awarded the "Best 24 Hour Design" badge: 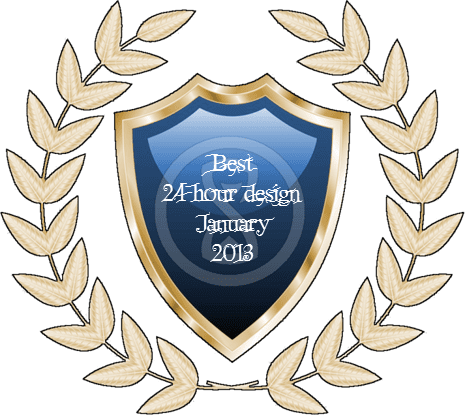