While I might not be able to attend this time I am excited about all the new releases, which is why I made this list as a way to organize and discuss the upcoming games.

Publishers usually use Twitter to announce their games to the public for the first time, which is where I got the information for this list. Either directly with the Twitter announcement or a bit closer to the show publishers will also promote their game on the Game Market website, which got a neat revamp earlier this year.

Information in English (and often information in general) is quite hard to obtain for Game Market releases. Here are some resources I would recommend to you to check out and subscribe to if you are interested in games from Game Market:

- Game Market website: Has a ton of info about new releases and general information but can sometimes be a little hard to navigate.
- GM Checker: This is a great tool that lists all games shown at Game Market and lets you categorize them by release date, player number etc.... Right now it is empty, but I guess they will update it closer to the show.
- Opinionated Gamers: So this is actually a reviewing website, but they have many features on Game Market games.
- Booth: Booth is a marketplace many publishers use to sell their games online. With a forwarder you can also order games here internationally. Publishers usually list their games already before GM.

And then I would suggest going to Twitter and follow these nice people, who are regularly posting about upcoming Game Market releases in English:
Saigo, James Nathan, Rand, Games for Gaijin, Jon Power, Smoox and Cardboard East

Which games do you have on your radar? Feel free to add the games you are excited about.

A 2p deduction game from Taiki Shinzawa (新澤 大樹) and his partner on the American Book Shop. Sufficiently language dependent that you can't paste it up. This fall is a "preview" release of sorts and might be sort of rough. Full release at a later date.

(Also, the use of "murder" here at the very least refers to crows, but may include other meanings too...) 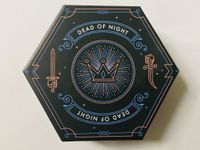 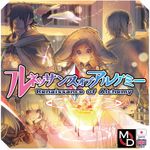 Penguin Creche
The journey of my future self

I know, I know, this convention was over 2 weeks ago, but I found out about some things that I thought were too interesting not to add to the record.

In addition to 箸でCUBEs (Hashi de CUBEs), Joyple was showing some games from designer deztec which, in the contemporary art sense, use "found" game boards. That is, rather than coming with the complete components and rules to play a game, it is designed to play on a randomly found board. Specifically, there are games for maps, crossword puzzles, and sudoku grids.

Imagine a 2 or 3 player combinatorial abstract game, but rather than playing on the same grid each time, you use the same set of rules each time, and the grid is the closest crossword puzzle at hand. My mind is blown.

Anyway, the one that looks the most interesting to me is 巨獣大進撃, one that seems to be about Godzilla. In each of the commercial releases, it comes in a simple box and with 100 Yen store components, including a map/sudoku/cw book to start. In this case, 巨獣大進撃 comes with a few cheap markers, a Godzilla token, and a street guide to Tokyo.

Leon Scheuber
(Intourette)
Germany
Köln
NRW
Patron Badge for 2014 through 2017
Ok TGM is over but just learned when researching for Osaka Game Market about this title. Moin Moin by Cube Project.

Moin is a greeting in Northern Germany and the usual reply is Moin Moin. Love that there is now a game about that and the rules are in English and German!

Will also be sold at Osaka Game Market.