This is the 6th Annual Ion Award. Previous award winners include: 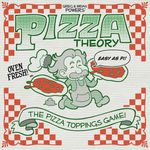 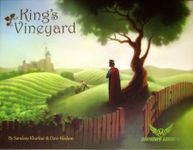 [url=http://www.saltcon.com/index.php?dispatch=categories.view&category_id=16 wrote:
The Ion Award Rules[/url]"]The Ion Award Recognizes Excellence in Unpublished Games
The Ion Award is for any game designer with an unpublished game. The entry process is as follows
1. The game designer submits a picture of his/her game with the attached summary form and an electronic copy of the game rules.
2. Judges review the packet and select the games they wish to review.
3. The designers of the games with the highest reviews are invited to personally demonstrate their games to industry experts at SaltCON 2014 in Layton, Utah, U.S.A.

Eligibility:
1. All game designers, regardless of publication history. Judges will review game summaries and rules without knowing the game designer’s name.
2. The game cannot be under consideration by any company at the time of submission or judging.
3. The game cannot be published or marketed prior to, or during the competition. This includes but is not limited to self-publishing, print and play games, and crowd-funding opportunities.
4. The game must be complete by the time of submission.
5. Designers may submit more than one game with his/her name on it as the primary designer or as a co-designer. Each game must be a separate submission and paid for accordingly.
6. Only the game designer may submit his/her game. If selected for final judging, the designer must attend SaltCON on the day(s) of judging. Proxy presentations are negotiable.
7. A game that does not score in the top three of the Ion Award may be submitted a maximum of twice more in future competitions.
8. Participants who are related to, or work for any of the companies who are judging final submissions, cannot participate in this competition. No participant should contact these companies about the Ion Award. Since the organizers of SaltCON are also game designers, they may submit games to the competition because the judges will operate independently of the SaltCON organization.
9. Violation of these rules will result in withdrawal of the game from the competition and/or removal of awards.

Submission Details:
1. By submitting your game to the SaltCON-Ion Award, you agree to not hold SaltCON Utah LLC or any of the participants, including but not exclusive to the judges of the Ion Award, liable for any perceived intellectual property infringement. Paid submission of a games to SaltCON is a validation that you have read, understand, and accept the terms of this agreement.
2. Please use the SaltCON 2014 Submission Form completed in English. Do not use a font size smaller than Arial 11 pt.
3. Summaries, rules, pictures and non-refundable $10.00 entry fee must be received by January 1, 2014, via e-mail to ionaward@saltcon.com with a digital photograph of the game as an attachment.
4. SaltCON UT LLC has the right to use Ion Award Winners submissions (prototypes) names, images and or likeness for promotional purposes.

The Process:
1. Judges
a. Judges will be screened by SaltCON staff to ensure they meet high standards of knowledge in the field of game play and/or publishing.
b. Judges will be representatives of game publishing companies who produce freelance designer games, qualified game store employees, and/or published authors.
i. Judges’ identities will not be revealed prior to the competition
ii. Judges’ affiliations will not be released prior to the competition.
2. Packet Grading
a. Games will be divided by designer selected classification and assigned to judges who possess the appropriate knowledge for the type of game and are willing to review the game.
i. The two categories are Strategy Game and Light Game. Light games generally refer to a family or party game.
b. Judges will rank all their assigned summaries independently without discussion or disclosure of the game to any person not associated with SaltCON.
c. The authors of summaries with the highest cumulative rankings will receive an invitation to present their games at SaltCON 2014.
d. If a game summary is of particular interest to an individual publisher, authors will be given the publisher's contact information.
e. All participants will receive a summary feedback sheet from all judges who reviewed/playtested the game. The sheets have no official capacity other than to offer feedback on the reviewer’s concerns or preferences.
3. The Ion Award Competition
a. Designers will be notified of their game’s status on or around February 1, 2014.
b. The game designer is encouraged to attend SaltCON dates to be announced. Further details will be sent to the game designer with the acceptance letter.
c. During the times listed above, the designer or proxy will explain the rules of his/her game to the judges and be available during the game to answer any questions.
d. Once the game evaluation is complete, the designer will be asked to leave the area so the judges can evaluate the game.
e. Judges will fill out forms evaluating your game. These forms will be collected and collated by SaltCON staff who have not submitted games to the contest themselves.
f. The game designer is encouraged to attend the convention on Saturday evening, which is when the Ion Award winner(s) will be announced.
g. In case of ties for the top three games, all designers in the tie will be named to the tied rank.
h. The Ion Award winners will be announced Saturday evening at 6:00 p.m.
i. The winner(s) will receive a plaque for the event.
j. Scoring will be handled by a proprietary scoring mechanism.
k. Winning games in 2014 may use the Ion Award logo on furture packaging without charge.
The Ion Award is hosted by SaltCON, a board game convention in Salt Lake City. SaltCON 2014 will be March 28-30, 2014.

Let me know if you have any questions. I am excited to see the creativity of the entrants this year!

if a game was placed on Kickstarter but never made its goal meaning it was never created or the funding was canceled, can it be submitted?

Thanks for the question Jason. This is an issue that we have discussed quite a bit.

At this time we have decided that a game that was placed on kickstarter has already been marketed, and is therefore not eligible for the Ion Award competition, under Eligibility item 3.

Best of luck with that game! I hope you have other designs that you would like to submit to the Ion Award.

Some great game designs have been submitted so far.

I am new in BGG. Can International Game Designers particate? Can I know the details?

The finalist judging takes place in person at the SaltCON convention in Salt Lake City, Utah in March, 2014. If you were chosen as a finalist, then you would need to attend the convention, or arrange for someone to demo the game to the final judges at the event.

If you feel that your design is ready, please send it in. Use the form linked above, or click this link to read the rules and find the entry forms:

We will be notifying entries in February if they are qualified for the final judging. Then we will see them in March.

Thanks for the reply. It is nice to have an International Game Design Competition that I will be participating for the first time. Will I pay other things other than the registration fee of ten dollars?

The registration fee is all you need to pay to enter the competition. If you are selected as a finalist you will receive a free entry pass to the SaltCON convention to demo your game for the judges, and to enjoy the rest of the events, including open gaming.

You will need cover your own travel expenses and room and board.

Good luck! Let me know if you have any other questions.

R M
(Napoleon001)
Ok. But if I would be lucky and be a finalist I would not be able to go there and I don't know anyone in USA to demonstrate my game in behalf of me. Despite this, I would still join for exposure if it is ok. Is it?

Yes, you can go ahead and submit your game. If you are a finalist, perhaps we can convince you to come.

We amended the rules slightly to clarify eligibility item 3, and to update the categories.

They are now Strategy and Light.

Frank Swannack
(Stattis)
United Kingdom
For the photograph of the game, I was wondering how advanced the game prototype should be. Can it be a playable game with basic counters and paper design, or something more professional looking? Also, does it need a box cover?

www.saltcon.com
The prototype can be in any stage of development.

The advise I give people is as follows:
If your prototype sucks so bad that it detracts from the teaching or learning of the game, then make it suck less.

On the other hand I wouldn't go overboard with perfecting a prototype because it is a prototype.

I am not sure what you are asking about a box cover. My opinion is the box is meaningless to the prototype unless its a final stage production prototype you are sending to people to review for you.

I hope that helps?

One more month to submit entries to to Ion Award!

Final deadline is January 1st. Don't wait to submit your entries, put those finishing touches on, and send them in!

You can submit your prototype to the Ion Award for 2 more weeks!

Also there are 3 days left on the kickstarter for Hold Your Breath!, winner of the Best Light Game of the 2013 Ion Award. They've already far surpassed their initial funding goal.

Check it out:
Hold your Breath Kickstarter Link


You can see all the past Ion Awards here:
All Ion Award Winners

The next winner could be you!

Hi Dan, I'm confused about something. Section 2.e. of the rules says

Quote:
All participants will receive a summary feedback sheet from all judges who reviewed/playtested the game. The sheets have no official capacity other than to offer feedback on the reviewer’s concerns or preferences.
How do judges playtest the games? I don't see any requirements for submitting print and play files or physical prototypes.

Preliminary judges will receive the game summary, picture of the prototype, and the full rule book. Usually this is enough information for them to give an initial ranking of the game. Occasionally they will ask for more details.

Those games that rank highest in the preliminary round will be invited to come and demo their game to the finalist judges. There the judges will have the opportunity to playtest each game, and rank the winners.

Congratulations to the Ion Award Finalists!

Our judges said this was an amazing group of entries. We are amazed by some of the designs that were submitted!

We would like to thank our judges. The competition could not go on without you!